Posted at 17:28h in Education by The Intersector Project 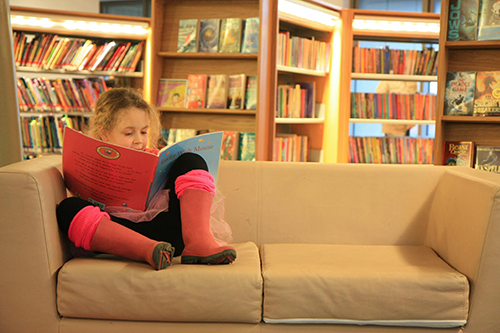 Foundations have a distinctive and powerful role in advancing cross-sector collaboration because they possess the convening power to assemble leadership from government, business, and the non-profit sector; are often led by individuals that are particularly respected among all sectors; and possess the capital to catalyze collaborations and influence their design. One foundation that has consistently applied a cross-sector approach in its transformative work, particularly in the Detroit area, is the Kresge Foundation. The Kresge Early Years for Success (KEYS): Detroit, a $20-million, 5-year initiative to improve early childhood outcomes, continues the Foundation’s legacy of programs tackling big issues with the involvement of government, business, and non-profit partners.

An assessment of early childhood education in Detroit by IFF, a non-profit and a partner in KEYS: Detroit, showed that last year Detroit had only enough high-quality childcare spots to serve 22 percent of children ages 0-5 needing care. “With only 14 percent of Detroit children estimated to be kindergarten-ready and more than two-thirds living in poverty, we have a crisis that reverberates from generation to generation,” said Kresge Foundation President and CEO Rip Rapson in a press release about the initiative. “We have to break the grip of this invidious cycle and provide our youngest residents with every full opportunity to thrive.”

“The philanthropic sector is ready to bring all who care about the next generation of Detroiters to the table to create a shared vision and take collective action to change this trajectory.”

KEYS: Detroit aims to fill this gap in early childhood care with a focus on five areas including investments in new early childhood centers, below-market loans to improve current early childhood development centers, grants to support early childhood collaborations, investments that draw early childhood expertise to Detroit, and the formation of a cross-sector leadership alliance to guide strategy. “We can’t do this alone,” Rapson explained. “The philanthropic sector is ready to bring all who care about the next generation of Detroiters to the table to create a shared vision and take collective action to change this trajectory.”

The Kresge Foundation was established in Detroit in 1924 and has invested its resources in the area for more than 90 years. The foundation played a key role in the redevelopment of the Detroit riverfront, for example. For decades, the riverfront in Detroit was dotted with run-down industrial sites, parking lots, and overgrown shrubbery, rendering it inaccessible to the general public. In 2003, leaders from the Kresge Foundation, along with representatives from the City of Detroit and General Motors, formed the Detroit RiverFront Conservancy, a non-profit organization that collaboratively turned five and a half miles of riverfront property into a pedestrian-friendly walkway that would attract private and public interest in the space. For this project, the Foundation provided its largest grant ever to a single project — $50 million — serving as the economic catalyst to launch the conservancy efforts and attracting other funding and ongoing support.

Collaboration between philanthropy, government, and industry will continue to be crucial as the city of Detroit works to rebound from a long history of economic downturn, blight, and other city-wide challenges. With KEYS: Detroit, the Kresge Foundation illuminates the importance of multi-sector involvement in tackling one of the these complex challenges.

For more on cross-sector collaboration in Detroit, see: