Posted at 14:59h in Uncategorized by The Intersector Project 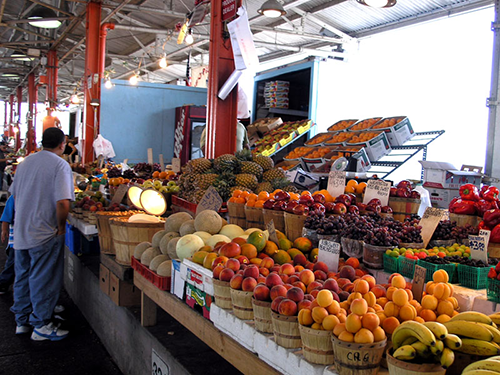 “Public health departments are getting more involved in cross-sector partnerships,” explained Kirsten Wysen, a Project Manager in Public Health in Seattle, and Patty Hayes, Seattle’s Director of Public Health, in a recent blog post for Living Cities. “Around the country, public health staff are now included at tables where they weren’t before — from transportation to early childhood development to affordable housing initiatives.”

As public health leaders working to make changes in their communities, Wysen and Hayes are well-positioned to document the benefits that public health departments can bring to a variety of cross-sector projects. “A public health approach is grounded in a focus on prevention, a foundation in science and data, a focus on community as a shared partner, and an equity and social justice lens,” they explain.

In looking through our Case Library, it’s easy to see what public health departments bring to the table in intersector projects, both in more traditional health-related projects and in other fields. In one more traditional case, the City Health Department in Brownsville, Texas, joined forces with the University of Texas School of Public Health to organize and design a farmers’ market, with the goal of making fresh fruits and vegetables accessible and affordable to residents of every income level in the city. The Brownsville Farmers’ Market opened in 2006 followed by an integrated network of initiatives including The Challenge, an annual weight loss event; CycloBia, an open streets program; policy changes including Sidewalk ordinance, Safe Passing ordinance, Complete Streets Resolution, and Smoking ban ordinance; and a Master Bike and Hike Plan aimed at providing a trail within one half mile of every residence in the city. (See our full case study on the initiative, Encouraging an Environment for Healthy Lifestyles in Brownsville.)

In the case of Project Homeless Connect, a somewhat less traditional example, San Francisco’s Homeless Outreach Team, a social services outreach team that is part of the Department of Public Health, proved instrumental in the creation of a program that connects San Francisco’s homeless population to vital resources throughout the city.

“One of the clearest reasons to work with a local health department is to access local, geographically based health data,” said Wysen and Hayes. They also note that the departments sometimes have staff who “have considerable experience, skills, and social networks within communities.” The work that the Homeless Outreach Team contributed to Project Homeless Connect is at the intersection of these two important assets. The Outreach Team had developed research methods, notably the Acuity Index Form — a quick screening that could be used on the street by nonmedical staff in under ten minutes — to assess the needs of homeless individuals and determine next steps to help them. Project Homeless Connect used the index to determine what goods and services its events should offer to have the most significant impact. By August of 2013, Project Homeless Connect had held 52 volunteer events, with over 45,000 volunteers providing services to almost 70,000 homeless and low-income San Franciscans. (See our full case study Providing Care to the Homeless Population in San Francisco.)

“There are many … ways health department staff can contribute to community development work,” Wysen and Hayes concluded in their post. “It is through these collective efforts that meaningful improvement can take shape for the well-being of our communities.”