May 13 2016 The role of cities in combatting climate change

Posted at 15:43h in Environmental Conservation by The Intersector Project 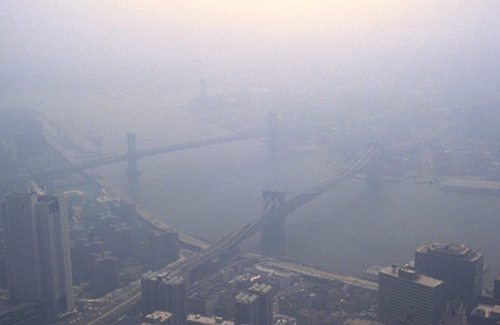 Climate change is a tremendous global challenge, and addressing it will take coordinated efforts among the most influential international leaders across borders and nations. But with 70 percent of global energy-related carbon dioxide emissions attributable to urban centers, cities will have a key role to play in helping reach the COP21 goals — the global sustainability goals agreed upon at the 2015 Paris Climate Conference. Two new reports examine the challenges cities face in tackling this global problem.

According to The Power Behind the Paris Climate Agreement from the Compact of Mayors, cities will be able to help create a low carbon future, but “they must work with other stakeholders to address the financial, political, institutional, regulatory, and legislative challenges cities face.” Since most emissions result from the building sector, the report notes, the level of control a city has over this sector has a great deal of influence on how much power it has to enact change. “There is even greater potential to realize climate protection benefits when cities are empowered to work in partnership with other levels of government and the private sector.”

From C40 comes Unlocking Climate Action in Megacities, a report that outlines the six major challenges cities face in responding to the threat of climate change. Among the challenges are (1) understanding and engaging urban stakeholders and (2) collaborating with the private sector. C40 highlights the difficulties that can emerge from the differing languages and cultures of each sector: “To facilitate the green economy, city administrations need to be able to inspire and enable the private sector. City staff need to ‘speak the language’ of business in the relevant sectors, and build skills in presenting policies in ways that showcase the business opportunity. However, city staff often do not have the relevant knowledge, skills, or resources, which can limit or prevent cities from taking on these roles effectively and therefore restrict effective climate action.”

“NYC Clean Heat is a practical, high-impact solution that serves as a model for cities around the world, proving that big environmental gains are possible when government, finance, real estate, and advocates join forces to achieve a common goal.”

One successful cross-sector initiative in New York City overcame these challenges to make a notable difference in the city’s air quality. As in other major cities across the globe, in New York, the energy used in buildings is a major source of pollution, accounting for about 75 percent of the city’s overall greenhouse gas emissions and impacting public health. Air pollutants such as nickel, soot, and sulfur dioxide contribute to an estimated 3,000 deaths annually in New York City, according to the Department of Health and Mental Hygiene. In 2007, soot emitted by New York City buildings burning residual fuel oil — No. 4 and No. 6 oils — caused more fine particulate pollution than all of the vehicles on the city’s streets combined.

To combat this, the New York City Department of Environmental Protection issued regulations requiring that buildings convert from these heavy heating oils to cleaner fuels beginning in July 2012. But because of perceived market hurdles, the deadline for eliminating use of some of these dirty fuels stretched out to 2030. To overcome these barriers, the City of New York, the Environmental Defense Fund (EDF), and other partners created the NYC Clean Heat program, which led to one of the fastest and most significant air quality improvements in New York City history. The campaign united action by government, utilities, banks, real estate leaders, and non-profits to help buildings convert their boilers to a range of cleaner options, including natural gas, ultra-low sulfur No. 2 oil, and biodiesel.

In the early phases of the collaboration, private interests including real estate and energy companies were worried that phasing out No. 4 and No. 6 heating oils would be too costly and harm their bottom lines. The NYC Clean Heat team, with the City of New York and EDF leading the effort, listened to these concerns and came up with financing solutions that would help buildings and other private sector participants shift to cleaner technology in ways that ultimately lowered their operating costs.

According to Andy Darrell, New York Regional Director of the EDF: “NYC Clean Heat is a practical, high-impact solution that serves as a model for cities around the world, proving that big environmental gains are possible when government, finance, real estate, and advocates join forces to achieve a common goal.” To learn more about this initiative, an example of how cities can effectively engage external stakeholders in an attempt to help in the fight against climate change, see our case study Returning New York City Air Quality to the Highest in 50 Years.