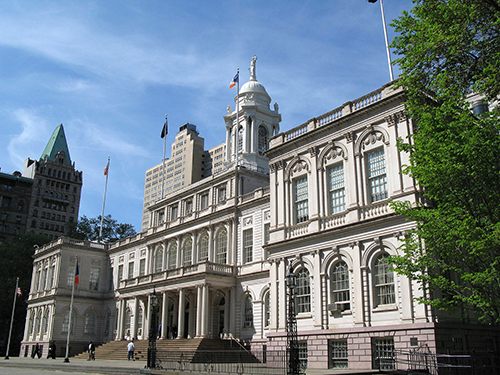 Despite differences in geography and demographics, cities across the United States face a common set of complex problems. A recently-released survey of 89 mayors from cities of all sizes — the only nationally representative study of American mayors — provides perspective into what mayors across the country believe to be the priorities in their communities. Conducted in 2015 and released last week by the United States Conference of Mayors and the Boston University Initiative on Cities, the Menino Survey of Mayors describes challenges ranging from fixing crumbling infrastructure and mass transit to tackling poverty and providing affordable housing. In the presentation of the challenges faced by U.S. mayors, many of which seem intractable in light of the limited resources of local government, the survey reveals a need for more multi-sector solutions in our nation’s cities.

As local leaders, mayors are expected to solve these complex problems, but they often lack the financial resources or in-house expertise to make the necessary large-scale changes that lead to lasting solutions. “The survey reveals the deep frustration among mayors, who feel they are ultimately responsible for fixing what is broken but aren’t getting the support they need from the state or federal government to do so,” explained Ed Skyler, former Deputy Mayor of New York City and current Head of Global Public Affairs at Citi, which supported the survey.

“From aging infrastructure and the need for quality affordable housing  to crime prevention and budget constraints, mayors face a common set of challenges that require drawing upon the best of the public and private sectors.”

In the survey, the mayors were asked about their most common partners, with possible answers including state government, federal government, local business community, non-profits and philanthropic organizations, and surrounding local governments. Interestingly, state governments were listed as the mayors’ most frequent governing partners despite the frustrations voiced about a lack of support from these entities. The report notes that mayoral partnerships with state governments are most likely forced, while partnerships with business and non-profits are “voluntary and are a reflection of mayor’s discretionary choices,” leading these partnerships to be potentially more positive and productive. There are, however, differences in who mayor’s are most likely to partner with based on the issue being addressed. For affordable housing, nearly two-thirds of the mayors listed non-profits as a partner. For economic development, the business community was the most mentioned partner.

The priorities presented in the survey results provide clear opportunities for increased intersector involvement. “From aging infrastructure and the need for quality affordable housing  to crime prevention and budget constraints, mayors face a common set of challenges that require drawing upon the best of the public and private sectors,” Skyler said in a statement. In an effort to redevelop Buffalo Bayou Park, for example, cross-sector partners including the City of Houston came together under the leadership of the Buffalo Bayou Partnership, resulting in new bike trails, pedestrian bridges, and natural habitat restoration. Or take our case study Financing Clean Energy in Berkeley for an examination of how the Mayor’s office, local solar panel companies, and a local non-profit created Berkeley FIRST, a program providing homeowners with a cost-effective, long-term financing option to install solar panels on their roofs.

When faced with the challenges of modern American cities and a lack of support from state and federal government, we suggest mayors consider forging partnerships with the private and non-profit sectors. While intersector collaborations carry challenges of their own, they allow local leaders to coalesce the resources of other sectors, bringing greater capacity and energy to making positive changes in their communities.