Posted at 16:47h in Community Revitalization, Health and Wellbeing by The Intersector Project 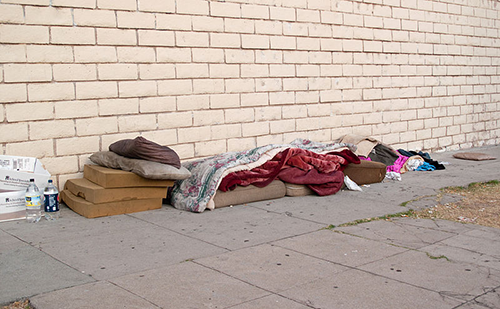 Orange County’s housing market is one of the most expensive in the nation, with the general cost of living in the county 43 percent above the U.S. average. In 2016, it’s estimated that more than 15,000 men, women, and children experienced at least one night of homelessness. But addressing this crisis has been “impeded by the unknown costs of care,” argues a new alliance of cross-sector partners in a recent opinion piece in the Orange County Register. “These costs are very elusive and are spread across a labyrinth of departments, organizations, services and sectors.” The partners have launched a study, to be released this spring, that aims to quantify the costs of homelessness to the Orange County community as a first step to advancing solutions. Implemented by the University of California, Irvine’s Department of Sociology, and commissioned and partially funded by Orange County United Way, the study involves a range of cross-sector stakeholders, including hospitals and emergency rooms, public safety departments, non-profit service providers, transportation agencies, cities, and hundreds of individuals who have direct experience with homelessness.

We spoke with several key partners in the collaboration, who provided insights into their process that hold actionable lessons for practitioners of cross-sector collaboration in a variety of issues areas — from the key steps to affect change after the data is produced to maintaining openness to course shifts.

Particularly for collaborations that ultimately seek to influence policymakers, the most effective efforts often have their genesis in the community itself, allowing the “grassroots,” rather than solely the “grasstops,” to set goals and priorities.
Involvement of grassroots stakeholders is a part of OC United Way’s work, and the development of the OC Homelessness Cost Study illustrates this. Shortly after the organization brought on a new CEO several years ago, it underwent an extensive community engagement and input process about what United Way’s focus should be going forward, Carla Vargas, Chief Operating Officer at OC United Way, told us. “We asked the question, What did people want to see change in the next ten years?” Housing was one of four areas community members considered. A multi-stakeholder Housing Committee assessed this input and helped develop a ten-year goal — to cut the percentage of homeless and housing insecure children in half. One of the strategies to advance that goal was to complete a cost study of homelessness in the county. Thus, the idea for the study itself was developed with input from the community.

Existing relationships among partners, as well as a previous history of cooperation, can create fertile ground for collaborative efforts to take root.
When the United Way approached cross-sector stakeholders to come aboard an advisory committee to steer the Homelessness Cost Study, these partners had existing relationships with one another and a history of coordinating informally and formally in various efforts related to homelessness. In our interviews, partners expressed an existing connectedness and understanding of mutual dependency based on those relationships, as well as a desire to improve where past efforts had fallen short.

Those existing relationships are partly due to the Department of Housing and Urban Development’s (HUD’s) Continuum of Care (CoC) Program, which promotes community-wide commitment to the goal of ending homelessness by providing funding to a local CoC body that coordinates services of the multiple sectors and stakeholders working on homelessness. This process has “helped to create a plaform for communities like Orange County to work together collaboratively,” said Karen Williams, President and Chief Executive Officer of 2-1-1 Orange County, in our interview.

Orange County is now seven years into a ten year plan to end homelessness, Heather Stratman, Chief Executive Officer of the Association of California Cities – Orange County (ACC-OC) told us. And while there has been some success through the plan — which seeks to bring in a multitude of stakeholders, including county agencies, non-profits, and cities — collaboration among the stakeholders did not “solidify at a depth of level where everyone was working in the same direction,” she said. While the plan is strong, there were still some partners “doing their own thing and not collaborating.” Also, cities were not really at the table in the same way the county was or working at the same pace.

Stratman said there was some mutual recognition that partners had similar goals but were not working together as effectively as they could. They asked “how can we truly come together?” Money is “one issue that really gets everyone’s attention.” The Homelessness Cost Study will put a price tag on all of the work that is undertaken to care for the homeless. “If we’re really putting a band aid on a problem that’s only growing, we feel like the economic realities of that need to be shared so that people start to focus in on, okay we’re not providing solutions, we’re merely masking the problem,” she explained.

Involving cross-sector partners in the earliest stages of a collaboration increases the partnership’s resources and access.
After its community visioning process, United Way engaged a cross-sector advisory committee at the early stages of the study whose members brought resources that enabled the study to launch.
Once it engaged University of California, Irvine to conduct the study, United Way brought in key stakeholders. “We knew we needed … the right government stakeholders, people that we would need to get data from, people who have worked professionally in the field, people who’d been involved in a prior cost study that had already been attempted but had some challenges with barriers of access to data,” Vargas said. And these members were not merely consultative; they were involved in the design. “We spent a lot of time with the advisory committee up front before launching the study,” she explained.

A key component of being able to access the data is “having the right people around the table and having them make those calls,” Vargas said. “We really, really believe that there would not be the same level of community support and credibility” without the involvement of the county, key providers, and others.

Partners may approach collaborative work with differing ideas about goals, design, and implementation.
Partners initially approached the study with differing ideas of how deep and broad the study should be but came into alignment, motivated by a desire to present a complete picture of the issue. “We think probably the biggest difference [among partners] was in how deep and broad the study might be … how much you drill down but also with breadth across the county in terms of different data and different data points,” Dr. David Snow, Distinguished Professor in the Department of Sociology at UCI, told us. Some partners were familiar with a “gold standard study” that was limited in its breadth, he said. But Orange County has 34 municipalities, a large number of social service agencies, partners providing health care, and the county itself. Also, the collaboration thought it was important to conduct some demographic and biographic interview with the homeless themselves. “There was discussion, when we talked about the breadth of it, that to cover all that was to cover a lot,” Dr. Snow said. “There was some disagreement on this but eventually everyone came on board.”

As preliminary data comes in, collaborations often have to make course shifts based on continuous learning.
Dr. Snow and Dr. Rachel Goldberg, Assistant Professor in the Department of Sociology at UCI, gave us two examples of shifts that the collaboration has made based on the data gathering process, illustrating a willingness to change its methods and even goals to arrive at a more comprehensive understanding of the issue. One example of this shift was that the project was going to take longer than what was originally anticipated, extending the final timeline to accommodate for a greater breadth of the study than was originally envisioned. “There was some sense that there was existing data and so maybe we could leverage that, but we ultimately realized that the data collected to date was not as broad,” he said. The second example was a willingness to seek additional biographical data from homeless populations beyond what was already available from existing data. Dr. Snow and Dr. Goldberg told us that the existing data on interviews with homeless was limited to the survey designed by HUD to identify those folks who are chronically homeless. Also, that survey takes eight minutes, whereas theirs takes 30, providing more detail and biographic information.

While studies like the OC Homeless Cost Study are potentially powerful sources of information, oftentimes the data itself it not enough to affect change.
Partners recognize that the study is only a preliminary step in a robust cross-sector effort to engage the public, elected officials, and other key decision makers, and to drive change forward. “We absolutely want to have actionable results from this,” Vargas said. “One of the main reasons for the cost study is to demonstrate and articulate to decision makers that the burden to the community is higher if it isn’t proactively addressed.”

“We realize that the presentation of data, in and of itself, is never sufficient to move the dial when it comes to policy implementation,” said Dr. Snow. “Much of it depends on how the data is framed, the kind of stories that are told with it, the life experiences of the folks on the streets or in different kinds of housing configurations. It’s a combination of those kinds of factors that I think will make a difference.”

For those elected officials for whom the issue doesn’t “pull at their heart strings, we want to get them with the business case,” Stratman said. Policymakers are ultimately the individuals that will make financial and policy decisions that can enable progress on the problem, and they are key audience for the study, she said.

ACC-OC also has the ability to advocate at the state and federal level for legislative, regulatory changes that can assist the effort. For example, ACC-OC is working on a piece of legislation that would allow cities to use affordable housing funding for transitional housing, which HUD has recently stopped funding. Focusing on policy allows “cities and counties to have more tools to solve the problem,” Stratman said.

There are a confluence of factors that make this likely to have an effect now, Williams told us. In Orange County, residents do not have their own dedicated broadcast market, but instead are in the greater Los Angeles market, where the issue of homelessness has been garnering significant coverage, meaning that residents of Orange County are being bombarded with the message that homelessness is an issue for the area. The economic downturn also made a difference because people for the first time knew people who had lost a home to foreclosure, Williams told us. People were more sensitized to it.

To learn more about the OC Homelessness Cost Study, read the partners’ contribution to the Orange County Register.