Posted at 12:52h in Community Revitalization by The Intersector Project 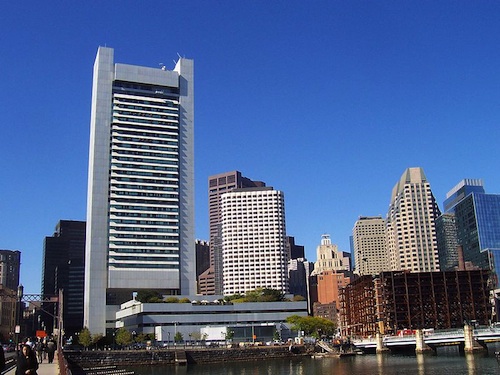 The Federal Reserve building in Boston seen from the south side of the Fort Point Channel. Fed President Eric Rosengren recently discussed the power of cross-sector collaboration in reversing economic inequality in the city.

On Saturday, at the Federal Reserve Bank of Boston’s 58th Economic Conference, Boston Fed President Eric Rosengren said that money alone is not enough to reverse economic inequality in the state’s mid-sized cities.

“Research by the Federal Reserve Bank of Boston found that having effective civic leadership and a common vision within a city paired with strong cross-sector, collaborative support for that vision can significantly improve the chances of a city improving its economic circumstances.”

That common vision, a tool The Intersector Project Toolkit refers to Share a Vision of Success, allows consensus among cross-sector partners to move toward a shared goal. Especially since, as Rosengren notes, collaborations often take longer than anticipated, sharing a vision encourages collaboration partners to maintain “perseverance over the long haul.”

Turning researching into action, Rosengren said, the Boston Fed “considered how we could facilitate and support revival in some of our region’s mid-sized cities.” The resulting project — The Working Cities Challenge — began with a competition among 20 mid-sized Massachusetts cities for proposals that “demonstrated a strong collaboration between local businesses, non-profits, and local governments.” The cities won multi-year grants that would help support projects to improve the lives of low- and moderate-income citizens in their communities and bring economic benefits to the city at large. What’s more, the Fed had to learn to work across sectors, too.

“Interestingly, in order to get the program up and running, we at the Boston Fed needed to change our own behavior, step out of our comfort zone, and begin to collaborate with cross-sector parties we had not worked with before. We tried to ‘practice what we preached’ by actively adopting the very collaboration we were advocating for in the competition.” The grants were funded by private, public, and philanthropic partners, incentivizing collaborative visions through cross-sector actions.

While still in the first year of implementation, and aware that it will take time to see the full results, Rosengren sees one positive outcome is “the engaged participation of cities in the competition has encouraged other organizations to undertake similar endeavors.”