Posted at 17:06h in Community Revitalization by The Intersector Project 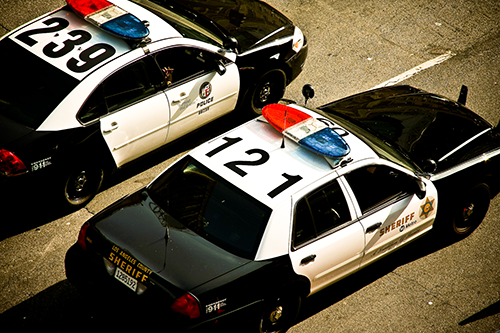 After spending $25 billion over 30 years fighting a “war on gangs,” gang participation and violence in Los Angeles had mushroomed. In 2007, Los Angeles had more than 700 individual gangs with 40,000 members; nearly 75 percent of all youth gang homicides in the state of California occurred in Los Angeles County. In response to the crisis, Constance (Connie) Rice, then Co-Director of the Advancement Project — a public policy change organization focused on civil rights issues — spearheaded the development of a 108-page report providing a framework for how the city should approach gang reduction.

The assessment, A Call to Action: A Case for a Comprehensive Solution to LA’s Gang Violence Epidemic, included input from subject matter experts and ultimately prompted the creation of the Gang Reduction and Youth Development (GRYD) Office. This collaborative program implements the City’s comprehensive, community-building approach to gangs where police officers work hand-in-hand with residents to clean up neighborhoods and prevent violence. Seven years after the initial report, GRYD continues to discourage gang participation by offering productive alternatives to gang culture, resulting in a significant drop in gang violence in target neighborhoods across Los Angeles.

While drafting A Call to Action, experts “couldn’t even agree on the definition of ‘gang.’” Once empowered by the City to lead creation of the report, Connie assembled a team of 47 subject matter experts from government, business, and non-profit organizations who had expertise in urban education, government structure, gang prevention, funding analysis, violence against women, and community development. This group conducted hundreds of hours of research into the many causes and outcomes of gang violence, work that was detailed in their 108-page report that levied more than 100 recommendations for action on Los Angeles. Connie appointed teams to conduct community forums that engaged residents and leaders in neighborhoods most impacted by gang violence, resulting in “communal intelligence” to ensure that the report’s recommendations would be relevant and successful.

A year after the Advancement Project won the contract to create A Call to Action, the GRYD Office was created to oversee implementation of the report’s recommendations. The office now oversees scores of contractors and violence prevention programs like an annual gun buy-back and Summer Night Lights (SNL), a public-private partnership that keeps 32 city parks open late with special community programming during summer months. In 2013, SNL was attended by 848,796 citizens, created jobs for 352 at-risk youth, and led to drops across all GRYD zones in serious gang-related crimes (34.4 percent), gang-related homicides (9.1 percent), shots fired (42.8 percent), victims shot (39.7 percent) and aggravated assaults (33.8 percent) through early August for all SNL locations combined. Since 2007: