Posted at 15:39h in Health and Wellbeing by The Intersector Project 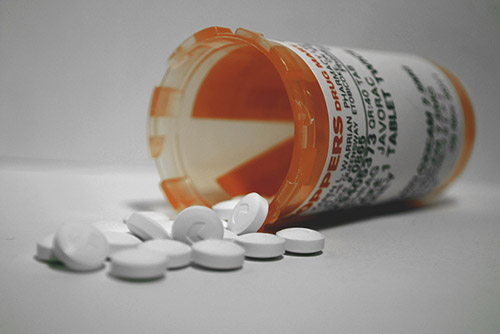 In August, President Donald Trump declared that the opioid crisis was a “national emergency,” referring to it as a “serious problem the likes of which we have never had.” The crisis has been growing for quite some time — Since 1999, the number of overdose deaths involving opioids (including prescription opioids and heroin) has quadrupled, according to the Center for Disease Control and Prevention. Every day 91 individuals die from an opioid overdose. While Trump acknowledged this crisis in last month’s speech, he has yet to take the steps to formally declare a national emergency, a step that would give the White House expanded powers and additional resources to address the problem.

But with or without the declaration (which is intended to provide only short-term assistance), the opioid abuse epidemic in the United States is unlikely to be solved without increased and sustained funding and attention to the issue, new research and ideas, and more comprehensive shared data. Each of these elements would be strengthened by bringing together not only national, state, and local governments, but also those in the medical community, health-related non-profits, and community members. There are examples of this type of collaboration emerging around the country. Here we discuss a few promising examples, along with commentary and collaborative ideas to tackle this complex public health issue.

The Role of Science in Addressing the Opioid Crisis
In a special report in the July 2017 issue of The New England Journal of Medicine, the National Institutes of Health (NIH) announced that it was joining with private-sector partners to pursue several strategies related to the opioid crisis. “Recent NIH-industry partnerships, such as the Accelerating Medicines Partnership, demonstrate the power of public-private collaboration in speeding the development of new medications. Ending the opioid crisis will require this kind of collaboration,” the authors write. These partnerships will aim to address three areas — better overdose-reversal and prevention, new medications and technologies to treat addiction, and finding new non-addictive interventions to manage chronic pain — with the goal of cutting in half the time required to develop these new therapeutics. See more in this blog post from the Director of the National Institute on Drug Abuse and the Director of the NIH.

Advocates still working on regional effort to fight opioid crisis, receive funding
The Greater Portland Addiction Collaborative, an 18-month-old partnership involving health systems, law enforcement, housing groups, non-profits, and the treatment community, is seeking pay-for-success funding to achieve its goal of creating a comprehensive treatment model focused on uninsured people battling heroin or opioid addiction. Lynne Overmann, a Vice President at the Arnold Foundation, visited Portland to help jump-start the collaborative’s pay-for-success-related efforts. “Portland is pretty far advanced,” she said. “They have all the right stakeholders sitting at the table together, and in many ways that’s the hardest part.” One crucial part of this effort, according to this coverage in the Portland Press Herald, will be “connecting computer networks across non-profits and government so that everyone in the collaborative has technology that works together.” For more on recent pay-for-success developments, see our Intersector Briefing on the topic.

Yale, Appriss Health, and Connecticut partner to combat opioid abuse
According to coverage in MedCityNews earlier this month, Yale New Haven Health and the Yale School of Medicine have joined with Appriss Health and the State of Connecticut to fight opioid abuse. Yale will integrate its electronic health record system with the Connecticut Prescription Monitoring and Reporting System and begin using Appriss Health’s NarxCare solution, a tool that provides analytics and opioid treatment information. “Thanks to the collaboration, clinicians can stay within the EHR and access NarxCare, which provides a patient’s opioid history, with one click,” the author of this piece explains. “Overall the partnership enables safer prescribing through a much less burdensome process.”

Tapping Local Data to Fight Drug Overdoses: Part II, Dispatch Your Own Data
This in-depth look at Cincinnati’s decision to make its overdose dispatch data openly available comes from Data-Smart City Solutions. “What I’ve learned is that ultimately, access to data is the greatest contributing factor to any success … whether it’s potholes or overdoses,” Brandon Crowley, the City’s Chief Data Officer told the author of this piece. Crowley began publishing records of all fire incident responses, resulting in a raw dataset of thousands of suspected overdoses. His team then created a dashboard for the city’s public-facing analytics site, which is used not only by internal stakeholders, but also by non-profits who can use the data to inform their own work fighting the opioid crisis. “For Crowley, the overdose crisis requires a culture change, specifically a ‘collective willingness to share painful facts’ inside and outside government,” Jay writes.

From monitoring the opioid epidemic to intervening
This Route Fifty piece begins with a discussion of Prescription Drug Monitoring Programs, which “collect, house, and standardize data from pharmacies and dispensing providers … provid[ing] that information back to providers and pharmacists so they can see a patient’s prescription history and, ideally, help them identify high-risk patients” — highlighting again the importance of data sharing to curb opioid abuse. But, the author points out, simply surveilling a problem doesn’t save lives. Massachusetts has succeeded in using this data to make a change  — Its Department of Public Health analyzed ten data sets and produced a comprehensive report on opioid abuse trends and actionable steps to combat the problem, with information and expertise from 29 groups from government, higher education, and the private sector. The report acknowledges that “each type of organization (i.e., government, academic, and private industry) had essential but incomplete resources and expertise relevant to completing the work undertaken in the … project. The … report, therefore, became the catalyst that motivated a collective and concerted effort towards bringing the vision of a shared, integrated, data environment to fruition. The collaborative, multi‐sector, work done to date is a single instance of the vision.” See the report and all partners involved here, and more coverage from Route Fifty of the opioid crisis here.

The Opioid Coalition Resource Hub
Created by InsightInformation — a strategy management company dedicated to strengthening communities by making cross-sector collaborations more efficient and effective — the Opioid Coalition Resource Hub is a wiki and shared resource commons for coalitions addressing the opioid crisis. Using a helpful Comprehensive Strategy Map, users can navigate through important aspects of a coalition’s work, including outcomes, strategies, and asset and capacity development. InsightInformation also has a series of webinars on the topic.