Posted at 16:58h in Health and Wellbeing by The Intersector Project 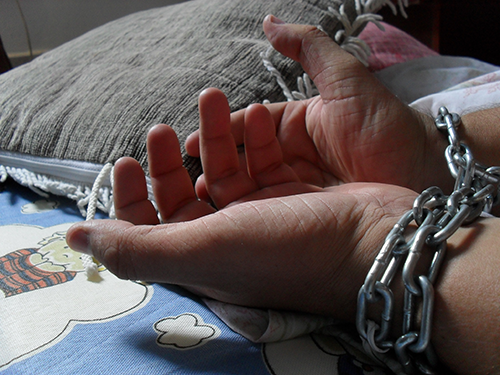 In March 2012, President Obama issued a call to strengthen federal efforts to combat human trafficking in the United States, where government estimates are that 17,500 people are trafficked into the country and hundreds of thousands of youth are at risk for sex trafficking each year. In response to this call, the President’s Interagency Task Force to Monitor and Combat Trafficking in Persons (PITF) has assembled leaders from across sectors – government, the private sector, advocates, survivors, communities of faith, civil society, law enforcement, and academia – under the shared vision of a nation free from this modern form of slavery.

A recent PITF release highlights a long list of task force accomplishments, the majority of which have been achieved through partnerships. Two of the achievements in particular highlight tactics envisioned in our Toolkit as essential to shared decision making.

First, one of the Task Force’s key accomplishments was to gather data on the industries “at greatest risk of trafficking-related activities in federal contracts and global supply chains.” This data ultimately shaped its efforts to prevent human trafficking in federal contracts and private-sector supply chains. This process makes use of a tactic from our Toolkit called Build a Common Fact Base, which refers to the consensus among collaboration partners as to what facts define the problem the collaboration wishes to tackle. A common fact base allows the collaboration to determine its strategy and define success.

Second, the Task Force formed the new U.S. Advisory Council on Human Trafficking, a mechanism through which survivors can provide expertise based on their experience to shape federal agencies’ work on U.S. anti-trafficking policy. This incorporation of expertise echoes a tactic from our Toolkit: Share Discretion, which refers to the allocation of decision-making authority according to area of expertise. Assigning authority based on partners’ knowledge allows the collaboration to benefit from the unique expertise of each partner and gives each partner a distinct stake in the collaboration. The Council consists of “8 – 14 survivors of human trafficking from diverse backgrounds and experiences, in order to provide recommendations to the U.S. Government to strengthen U.S. federal policy and programming efforts that reflect the best practices in the field.”

Other key accomplishments of the task force that have relied on partnerships include: the formation of cross-sector Human Trafficking Task Forces and Working Groups to ensure trafficking victims are provided with comprehensive services and the Partnership for Freedom competition – a public-private partnership whose aim is involve other sectors in shaping innovative solutions to problems caused by modern slavery.