May 11 2015 Coverage of local government: an interview with Michael Grass

Posted at 14:52h in Uncategorized by The Intersector Project 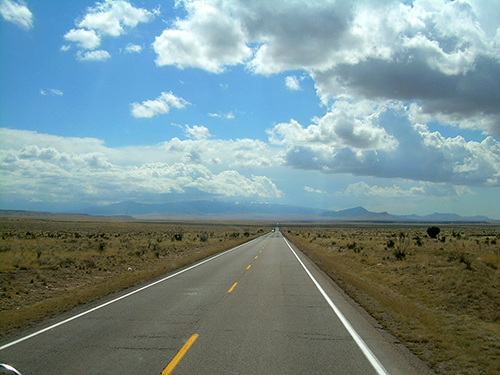 We are excited about the successes of our partner, Route Fifty. Last month, we had the opportunity to talk with Executive Editor Michael Grass, about the new online publication. In our interview, Michael told us Route Fifty would bring the “expertise that GovExec has developed over the years with management, best practices, performance within the public sector” to coverage that focuses exclusively on state and local news. And they have delivered.

The Intersector Project: What attracts you to local government?

Michael Grass: I’ve always had a deep love of geography and have had a love of maps since childhood. When you spend a lot of time observing the geographic knowledge and place locations over many years, you develop a natural curiosity for the local governments that are in those locations. Building from that, when you understand how different places fit together on a map, where they’re adjacent and where they’re not, you start to understand what might be the forces where they do and don’t work together. I guess that was always where the underlying basis of my curiosity for all things local but also for local governments.

I think when you go from there, when you look at local governments in general, they’re the places where, as we say, the rubber meets the road. People don’t necessarily have a direct relationship with the federal government but they do with their state and local government, especially their local governments. They’re the ones who are picking up the garbage and are clearing the streets and things like that. There’s that direct interaction between citizens and their government.

The Intersector Project: Why are there so few publications with a broad, national audience writing about local government?

Michael Grass: I think it generally comes down to two things, which are interlinked. Market forces and attention-span. The national media ecosystem has gone through a lot of convulsions in the past decade. It’s continuing. Overall, there are fewer resources in newsrooms these days to write about government in general. There’ve been a lot of studies done where you look at, let’s say, the number of reporters who are in statehouse bureaus. That number has declined considerably over the past decade or so. I think that also extends to city halls and town halls. You don’t have as many reporters at newspapers and other media outlets who have the time and resources to do a lot of thoughtful reporting on local government. That’s not to say that it doesn’t happen. There are still are amazing journalists who are doing really interesting and insightful work. Market forces have sort of depleted those numbers.

The other part is just general attention-span. When you are working at a local newspaper or another media outlet that reports on local news, you aren’t necessarily looking beyond your immediate jurisdiction. You might not realize that something on the other side of the country, there’s a correlation to something that is happening in your own community. That’s what we do. We look at trends, challenges, solutions, and things like that can be illustrated and contextualized across the national landscape. I think with the attention-span thing, people are looking immediately in their own community but don’t necessarily have the ability to keep track of everything that’s going on in different parts of the country. That’s where we come in.

The Intersector Project: Route Fifty appears to have a real commitment to sourcing news not only from journalists but also from practitioners. Why do you think that is important?

Michael Grass: The practitioners, first and foremost — they are very important part of our audience, and we want to be a place where that conversation can happen. The local government practitioners are the experts in a lot of cases. They’re the ones who are actually implementing the programs. They’re the ones who are figuring out the solutions to the challenges that they are facing. They have very important tasks and duties and responsibilities that they are working on everyday. It’s one thing for us to sort of sit and observe what they are doing, but it’s also very important for us to find ways to include their voices and their experiences in what we’re doing. It’s important for us to share those stories with our readers in different parts of the country.

The Intersector Project: Have partners played a role in the success of Route Fifty over the past month?

Michael Grass: When you look at the local government space, there are a lot of very important organizations that are doing important work in their particular, for lack of a better term, their specific subject area. We want to figure out ways to connect with their specific membership audiences. Bringing them right onto our site is an important way to connect with them and also share their stories and experiences. When we’ve been looking across the local government landscape, which is a group that is tackling an x, y, or z issue — we’ve been going straight to them and saying, “Well, if you want to a place to share a particular story or experience or case study or an interesting observation with a broader audience immediately outside of your specific membership area, we are a place to do that.” We encourage that, and we’re figuring out different ways to engage with different partner groups.

The Intersector Project: How have you seen the trend of cross-sector collaboration evolve through the years you’ve worked as a journalist covering local government?

Michael Grass: It definitely has evolved. I think that fairly quickly in the past five, six, seven years especially. I think when you look at, let’s say, Detroit, for instance…The city of Detroit has gone through some incredible struggles and challenges on the fiscal front. You can’t really ignore the role that non-profit organizations and other organizations that are outside of the public sector, how they have played an important role in Detroit’s recovery. I think with the great recession and budgets being extremely constrained in a lot of communities around the country, they realize that, at least within local government, that they can’t provide all the solutions, all the answers.

Certainly, they lack often the resources and the funding to tackle these challenges that they’re facing. They’re the ones who are looking at corporate philanthropic help. They’re the ones that are looking at various foundations and other organizations that have a natural interest in the local communities. You have to mobilize them. I think some of the most successful communities you look at around the country are the ones that have been able to leverage their partners in their community. You’ve seen some really interesting partnerships. Unfortunately, budgets are not going to really recover to the point that they were before the recession. This is the reality that a lot of local communities are stuck in. You have to make the best of a not-great situation and try to coordinate help from a lot of different sources that you may not have thought about previously. I think that will continue to be a story to evolve in the years to come.

The Intersector Project: What do you see in Route Fifty’s future? Where do you see yourself in one year, two years, or even five years down the road?

Michael Grass: It’s all based on organic growth. We, first and foremost, want to build an engaged audience. We’ve been doing that. First, before Route Fifty launched, we had our state and local channel on govexec.com. That was sort of our incubator to help build our audience before we launched the new website. Social media has played an important role in that. When we look at our re-tweets on Twitter and things like that and people who are sharing our stories and content, it’s really an interesting crew of people. People from the Deputy Mayor in Los Angeles to various local government consultants to city managers and county administrators. These are people we want to reach. We are always excited when they are sharing a story that has nothing to do with their particular local community. Obviously, the issues might be similar, but they are showing how there is an audience that is interested in learning from their peer jurisdictions across the country.

When you look down the road, let’s say, later this year, we are building day by day a very robust archive of stories that we can turn back to. We will be able to map out the experiences of incremental change over time. I think that’s one of the exciting things playing out that the average reader doesn’t see… we have a very deliberate content architecture that we’re building behind the scenes. Down the road when we might want to package stories around a particular theme or topic or an issue or what have you, we’ll have the ability to go back and pull a lot of these stories that we’ve already written. Some of them might be a little out of date and some of them might be evergreen and just as relevant, but we’ll be able to build a very interesting resource pool and do different things with that. Over time, it’s a strategy of targeting a very specific audience communities. We aren’t necessarily casting a wide net to capture as many people as possible. I think the analogy I like to use sometimes is we are sort of spear fishermen going after a very specific target communities that we feel should be aware that we exist and should be reading and sharing our stories. It’s definitely a process of building an audience sort of brick by brick. It’s going to be interesting to see how that all shapes up.