Posted at 15:07h in Environmental Conservation, Infrastructure by The Intersector Project 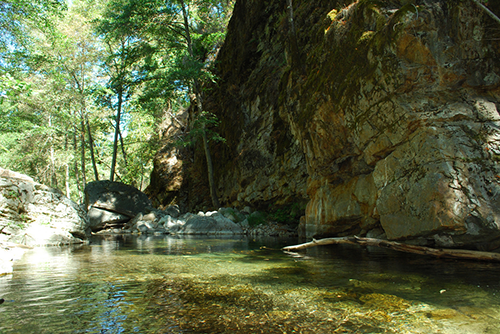 This summer marked momentous developments for an intersector partnership in California. A public-private partnership comprising local, state, and federal government agencies, environmentally focused non-profits, and a water company enabled cranes and excavators to begin the historic demolition of the San Clemente Dam last month. The 106-foot-high, 94-year old San Clemente Dam has not provided residents of Monterey County with drinking water for more than 12 years, after accumulating 2.5 million cubic yards of sediment. And the dam posed a risk to public safety: Potential collapse of the dam, in the situation of a large earthquake, threatened 1,500 homes and public buildings.

“This landmark event in the effort to bring new life to the Carmel River did not come without a remarkable level of coordination and cooperation from various levels of government, the private sector, and non-governmental organizations.”

Businesses, government agencies, and non-profits pooled resources and expertise to carry out the largest dam removal in California’s history and the restoration of the Carmel River, once described as “a lovely little river” by John Steinbeck. This cross-sector collaboration included the California American Water Company, the California State Coastal Conservancy (SCC), NOAA Fisheries, The Nature Conservancy, the California Department of Fish and Wildlife, the California Wildlife Conservation Board, the Resources Legacy Fund, the U.S. Fish and Wildlife Service, and the Bureau of Land Management. “This landmark event in the effort to bring new life to the Carmel River did not come without a remarkable level of coordination and cooperation from various levels of government, the private sector, and non-governmental organizations,” Sam Farr, U.S. Representative for California’s 20th Congressional District, recently wrote in the Monterey Herald. Farr elaborated, “a project this big was truly a team effort.”’

The dam removal and river restoration budget was recently reported to be $84 million, with funding coming from across the three sectors. The California American Water Company, which owns the dam, contributed $49 million that it generated by raising rates for customers in Monterey County by an average of $2.55 a month over 20 years. The remainder of the budget is shared between public and private sources, including federal, state, and non-profit funds, according to the Carmel River Reroute and San Clemente Dam Project.

“This project demonstrates the art of the possible.”

The San Clemente Dam removal project “demonstrates the art of the possible,” Brian Stranko, Regional Manager for The Nature Conservancy told San Jose Mercury News, referring to the dam removal’s impact on restoring the Carmel River. The dam created a barrier to the migration of south-central California coast steelhead, a threatened species. The steelhead, a type of coastal rainbow trout, will now gain access to eight miles of river in its native spawning habitat. The steelhead won’t be the only California resident to benefit from the Carmel River restoration, as 928 acres of surrounding watershed will be managed by the Bureau of Land Management, in perpetuity, for the public to enjoy. In addition to removing the threat of flooding due to dam collapse in the event of a large earthquake, the Carmel River restoration will reduce beach erosion — a threat to homes, roads, and infrastructure. Careful rerouting of the river deposits sediment in an area where it will not affect downstream residents. Additionally, a landscaping company is revegetating the 60 acres of the project site with native plants this fall.

Efficient planning and execution enabled this project to be completed on time and under budget, Farr noted. A tactic in The Intersector Project’s Toolkit, Account for Resources, speaks to the importance of evaluating resources in the early stages of cross-sector collaboration, positioning a collaborative project for timely and fiscally efficient completion. Accounting for Resources allows partners to plan how their expertise, networks, and assets can be best utilized in the collaboration and to determine what additional resources may be needed. The San Clemente Dam removal and Carmel River restoration project delegated both funding and decision-making authority to partners based on their differing resources. Exhibiting what we refer to in our Toolkit as Share Discretion, each stakeholder in the project was given a clear role and authority based on their strengths. For example, the SCC represents the State in construction and permitting decisions, the NOAA Fisheries oversaw decisions related to the recovery of steelhead in the river, and the California American Water took on a majority of the funding. The SCC also convened a Technical Review Team for the project to take full advantage of the expertise of its various partners, involving representatives from across sectors who could review and comment on the technical studies related to the dam removal.

“It demonstrates that when public and private interests work together, benefits are realized far beyond what either could achieve alone.”

Through an intersector solution, a public safety threat was replaced with natural habitat revitalization, creating many beneficial outcomes for residents. Myriad government agencies at all levels, non-profits, businesses, and the community worked together to create a healthier Monterey County. “It demonstrates that when public and private interests work together, benefits are realized far beyond what either could achieve alone,” writes the San Clemente Dam Removal and Carmel River Reroute Project.