Posted at 01:52h in Community Revitalization by The Intersector Project

Editor’s Note: Yesterday, we published a case study, “Building a Neighborhood of Economic Opportunity in Atlanta,” on the intersector collaboration that led to the development of the East Lake Villages mixed-income housing community — an effort so successful that it has been replicated in seven cities across the United States. Today and Friday, we will explore the East Lake collaboration in further depth. 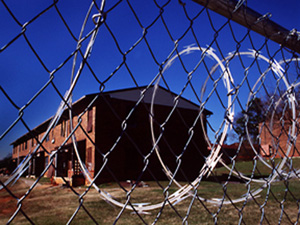 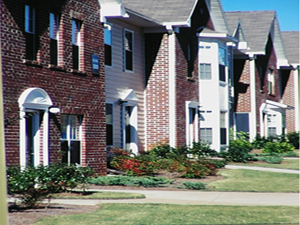 The East Lake Meadows housing project in Atlanta suffered from high crime rates, decrepit buildings, and isolation from resources that create well-being and economic opportunity – quality public education, financial institutions, private businesses, healthcare, recreation, and even transportation infrastructure. After decades of government investment in failed projects and programs, the question of how to break the intergenerational cycle of poverty led to the realization that the problem was too big to be solved by one sector alone.

In a twenty-year intersector collaboration described in the case study, “Building a Neighborhood of Economic Opportunity in Atlanta,” leaders and stakeholders from the private and philanthropic sectors who brought tangible resources and fresh approaches not only helped create change, but have been instrumental in sustaining the revitalized community. By combining public and private funding sources, the East Lake Foundation and its collaborative partners have developed housing, education, and recreation options that serve the needs of all of community members.

The “East Lake Model” of intersector collaboration has been nationalized; Purpose Built Communities, a non-profit organization founded to provide financial resources and technical assistance to leaders seeking new approaches to revitalizing distressed communities, is helping to replicate the model in seven cities across the United States. Early evidence indicates that success is also being replicated, including in New Orleans. The Intersector Project profiled the Bayou District Foundation’s success in the case study, “Transforming the Largest Public Housing Development in New Orleans,” a revitalization project which has created a 99.7% reduction in felonies in the development over a four-year period.

In East Lake and in New Orleans, building trust was critical to sustaining a project’s success. These collaborations promised massive change, and as in many cross-sector initiatives, such lofty aspirations were met with skepticism. Building trust and patience in the process was not an easy proposition. In East Lake, partners regarded each other with suspicion; why is the private sector interested in voluntarily getting involved with a part of the city most people avoid? How will a public agency that can’t fill a work order to fix a broken toilet build entirely new facilities? Will residents take advantage of the opportunities the new community would offer? Partners invested hours over several years in order to offer solutions, ideas, and objections. This allowed each partner to recognize genuine commitment to a shared vision of a revitalized community. Trust allowed partners to take risks, including the very fundamental one of developing mixed-income housing, which the Atlanta Housing Authority had never done before.