Posted at 12:00h in Community Revitalization, Environmental Conservation by The Intersector Project 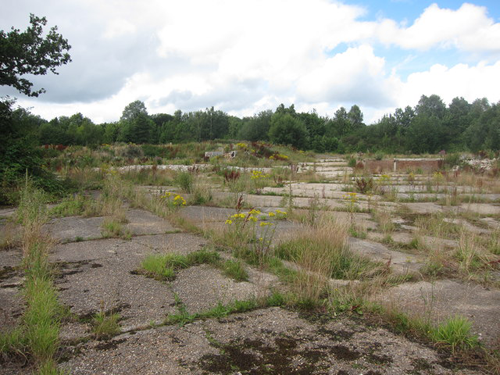 A brownfield is a property whose reuse or redevelopment is complicated by the presence or potential presence of hazardous substances, pollutants, or contaminants. As The Intersector Project profiled in a recent case study, Community and Economic Revitalization in Bethlehem, cross-sector collaboration can drive the transformation of an abandoned brownfield into an economic and cultural hub for the community. But can similar collaborative strategies transform brownfield policy, as well?

The redevelopment of brownfields can increase property values, revitalize historic centers, promote new infrastructure, contribute to green space, protect human health and the environment, and enhance recreational opportunities. To encourage this, many states have voluntary brownfield redevelopment programs that offer financial incentives and liability protection to new or innocent property owners wanting to clean up a contaminated site. But many of these programs remain underutilized because of public skepticism, confusing statutory language, and unnecessary administrative obstacles. In Vermont, for example, there are more than 4,000 known brownfield sites, yet from 1993 to 2003, the state processed only three brownfields under its Redevelopment of Contaminated Properties Program (RCPP). In fact, many of Vermont’s private brownfield redevelopment projects during this time took place without the benefit of RCPP’s liability protections or the state’s Brownfields Revitalization Fund. After recognizing the unrealized potential of RCPP, the Vermont Environmental Consortium (VEC), under the direction of Daniel Hecht, led an interdisciplinary, cross-sector collaboration to find ways to improve the use and effectiveness of RCPP.

In the fall of 2005, VEC convened a working group of diverse stakeholders made up of two environmental scientists, two environmental attorneys, two real estate developers, two regional planning commission administrators, and two citizen group representatives struggling with brownfields in their communities. Over the next 15 months, this group examined every aspect of RCPP through briefings from state agency staff, public health administrators, and brownfield program administrators from New Hampshire, Massachusetts, and Maine. The working group eventually came to a consensus on ten recommended improvements to RCPP within five priority areas: risk and liability management, program administration, financing, standards and risk assessment, and outreach and facilitation.

VEC published the working group’s findings in an official report and used regular newspaper columns to share its story and raise public awareness about the issue. By the end of 2007, VEC’s recommendations made it to the Vermont Legislature where they passed virtually unchanged and were signed into law by the governor as the new Brownfields Reuse and Environmental Liability Limitation Act (BRELLA). Highlights from the new law included clarifying the objectives of brownfield remediation in a clear mission statement; clarifying and expanding liability protections; identifying a new funding source; adopting specific performance and evaluation standards; creating an inter-agency office to administer the state’s brownfields redevelopment efforts; creating a new position dedicated to assisting and supporting brownfield redevelopment; and creating an interdisciplinary, cross-sector standing committee on brownfields similar to the VEC working group.

Since BRELLA replaced RCPP in 2008, voluntary brownfield redevelopment projects have increased every year; landowner awareness and confidence in the law gradually grows with each new clean up of a contaminated property. After successfully completing only six projects through 2008 under RCPP, Vermont has increased brownfield redevelopment under BRELLA to 28 completed projects with an additional 68 actively enrolled sites in just six years. Hecht credits the interconnecting infrastructure of the VEC working group as central to the collaboration’s ability to identify the issues and conceive of innovative solutions. VEC was the first group in Vermont to consider brownfields as an interdisciplinary problem, and by communicating the interdependencies of everyone involved in brownfield remediation, the group created a common understanding of how to address this complex policy issue. Today, the interdisciplinary Brownfields Advisory Committee created through BRELLA continues to make annual recommendations for improvements to the BRELLA program, serving as a constant source for collaborative policy.