Mar 16 2015 Why Entrepreneurs Should Go Work for Government

Posted at 14:54h in Education by The Intersector Project

In a new Harvard Business School course on public entrepreneurship, Mitchell B. Weiss explores how fresh thinkers can work with — and within — the halls of government. 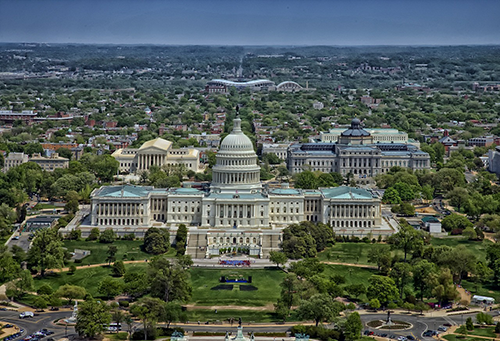 Mitchell B. Weiss has heard it too many times: government doesn’t work. Too slow. Too bureaucratic. Too burdened by procurement rules and performance measures.

“Some of that is fair, and some of that is unfair, but it adds up over time,” says Weiss, a senior lecturer at Harvard Business School who has created a new MBA course, Public Entrepreneurship. “The course allows students to consider the alternative that government can work—or they can help make it work.”

“We have many talented people in government, but by and large they have tended to be analysts and strategists, rather than inventors and builders.”

Once chief of staff to the late Boston mayor Thomas Menino, Weiss isn’t just engaging in wishful thinking. He’s seen firsthand how entrepreneurs within government can cut through red tape.

Weiss co-founded the Mayor’s Office of New Urban Mechanics, which among other projects produced the nation’s first big-city 311 app that allows citizens to alert government to potholes and graffiti. He also helped cut through zoning laws to create the Boston Innovation District on a vast and underdeveloped swath of waterfront in South Boston, attracting hundreds of startups.

And when the 2013 Boston Marathon was attacked, Weiss helped establish the One Fund within 24 hours to serve as a central pool for donations to victims. “The One Fund ended up channeling $60 million to survivors and to the families of the victims in 75 days. That speed is virtually unheard of,” says Weiss.

Not that producing such results comes easy. As One Fund was being established, the IRS determined that the organization was not eligible to receive nonprofit status—which meant donations would not have been tax-deductible and likely caused many potential donors to not contribute. “The One Fund team made it known we would proceed without nonprofit status rather than agree with its finding,” Weiss remembers. “Eventually, the IRS found a way to grant the status.”

Innovation Laboratories
In the past five years, cities around the world have increasingly become laboratories in innovation, producing idea labs that partner with outside businesses and nonprofits to solve thorny public policy problems—and along the way deal with challenges of knowing when to follow the established ways of government and when to break the mold. States and federal government, too, have been reaching out to designers, engineers, and entrepreneurs to help redo their operations. The new US Digital Service, for example, follows other federal efforts like 18F and the Presidential Innovation Fellows to streamline government websites and electronic records—adapting from models in the UK and elsewhere.

“We have many talented people in government, but by and large they have tended to be analysts and strategists, rather than inventors and builders,” says Weiss, who hopes his course can help change that. “One reason we didn’t have them is we weren’t training them. At policy schools we had not been training people to be all that entrepreneurial, and at business schools, we were not prepping or prodding entrepreneurial people to enter the public sector or even just to invent for the public realm.”

“Government should be naturals at crowdsourcing.”

In Philadelphia, for example, Textizen enables citizens to communicate with city health and human services agencies by text messages, leading to new enforcement on air pollution controls. In California, OpenCounter streamlined registration for small businesses and provided zoning clearances in a fraction of the usual time. In New York, Mark43 is developing software to analyze crime statistics and organize law enforcement records. And in Boston, Bridj developed an on-demand bus service for routes underserved by public transportation.

The innovations are happening at a scale large enough to even attract venture capital investment, despite past VC skepticism about funding public projects.

“There was this paradox—on the one hand, government is the biggest customer in the world; on the other hand, 90 out of 100 VCs would say they don’t back business models that sell to government,” says Weiss. “Though that’s starting to change as startups and government are starting to change.” OpenGov received a $15 million round of funding last spring led by Andreessen Horowitz, and $17 million was pumped into civic social-networking app MindMixer last fall.

Doesn’t Need to Be Perfect
Governments could attract even more capital by examining their procurement rules to speed buying, says Weiss, giving them that same sense of urgency and lean startup practices needed to be successful in entrepreneurial projects.

“In government we announce something and wait to get it perfect. By using more experimental approaches, some public leaders are achieving success by testing and learning instead of writing a plan in stone before executing it.”

In the HBS case study More Citizens Connect, Weiss details some of the learning challenges involved with Citizens Connect, the 311 app produced for Boston. After the successful rollout in that city, project creators Chris Osgood (Harvard MBA 2006) and Nigel Jacob, faced the challenge of scaling it to serve other cities in Massachusetts. Along the way, they ran smack into state procurement rules that forced them to open the contract to other bidders.

As with the IRS and the One Fund, sometimes entrepreneurs question the rules and push on barriers to achieve results. “But we must wrestle with the downsides of that, too,” says Weiss. “On an individual basis, it might seem OK to say this rule doesn’t make sense, so we won’t follow it, but at what point does this practice become a problem?”

One company running afoul of the rules is private taxi-on-demand service Uber, which has disrupted the highly regulated and often inefficient taxi industry, and expanded to hundreds of cities worldwide. At the same time, the company has been criticized for “surge pricing” that jacks up rates during rush hours, as well as its lack of background checks on drivers and alleged evasion of local taxes. The Uber case brings up thorny questions around when pushing legal or policy boundaries becomes a public hazard rather than public benefit.

Permission or Forgiveness
“We address this in the course in a session I call regulatory permission, forgiveness, or neither?” says Weiss. “Boston was one of the early cities where Uber was allowed to operate. I ask students whether they think we did the right thing.”

Other aspects of working with government, such as requirements for openness and public scrutiny, could be seen as opportunities as much as impediments.

“Nowadays, companies are desperate to have a huge community of innovators looking at what they are doing and offering ideas,” says Weiss. “For centuries government has naturally engaged people in what it is doing. Government should be naturals at crowdsourcing.”

This article originally appeared in Harvard Business School Working Knowledge and is republished here with permission.