Posted at 12:00h in Education by The Intersector Project

The CUNY Dance Initiative Program can inspire others to think and act “across sectors, systems, and stakeholders…executing solutions for the arts and culture that harness un- or under-tapped opportunities from new angles and with new resources." — Lane Harwell, Dance NYC Executive Director 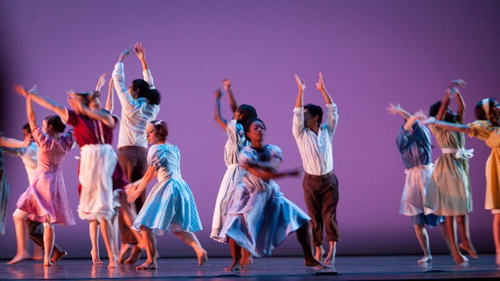 This summer, The City University of New York (CUNY) launched a dance residency program in an intersector collaboration that leverages university resources, philanthropic support, and the expertise of master dancers and choreographers. For those interested in advancing arts and culture, the program, dubbed the CUNY Dance Initiative or CDI, “demonstrates the power of cross-sector collaboration,” wrote Dance NYC Executive Director Lane Harwell in Huffington Post.

CDI provides 20 residencies at 11 CUNY campuses across New York’s five boroughs. It comes in response to a 2010 Andrew D. Mellon Foundation study that cited “a critical need for affordable dance rehearsal space” in the city and identified CUNY as a potential source of such space. This lead to a pilot program in 2013 that proved so successful, CUNY received 178 applications for the full program launch in 2014.

Through this cross-sector collaboration, not only does CUNY provide much-needed rehearsal space, it also acts as program administrator through its Kupferberg Center for the Arts at Queens College. Philanthropic partners who provide financial support for the residencies include the New York Community Trust, which supports the program with a lead two-year grant, and the Mertz Gilmore Foundation, which has offered additional two-year funding. As part of their residencies, dancers and choreographers provide master classes and open rehearsals for students, as well as public performances for the university community.

The partners that make CDI possible illustrate an important tool of The Intersector Project Toolkit, Account for Resources, which refers to the determination of both financial and non-financial resources from existing partners, from potential partners, and from external stakeholders. In this case, the Andrew D. Mellon Foundation prompted the collaboration by identifying both the need for rehearsal space and a potential solution in CUNY’s unused performance spaces. CUNY answered the call by offering rehearsal spaces and the administrative support to create and operate a residency program, which philanthropic partners advance through financial support. Dancers have contributed to campus and community life through their performance and teaching. This process of evaluating possible resources allows partners’ expertise, networks, and assets to be well utilized in the collaboration.

As Dance NYC Executive Director Lane Harwell wrote, the CDI project can inspire others to think and act “across sectors, systems, and stakeholders…executing solutions for the arts and culture that harness un- or under-tapped opportunities from new angles and with new resources.”