Posted at 14:26h in Community Revitalization, Health and Wellbeing by The Intersector Project 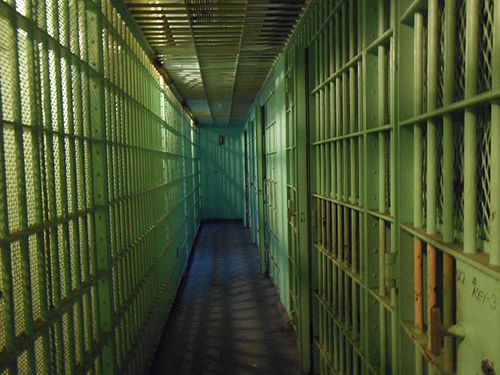 Every year in the United States 2 million adults with serious mental illness like schizophrenia, post-traumatic stress disorder, bipolar disorder, and major depression are admitted to jails. Many of these individuals are convicted for relatively minor crimes like loitering or causing a public disturbance — offenses that stem from their illness or addiction rather than intent to do harm. These individuals tend to stay in jail longer and are at a higher risk of recidivism than those without mental illness.

A coalition among the American Psychiatric Association, the Council of State Governments Justice Center, and the National Association of Counties (NACO) launched this month the Stepping Up Initiative — a national program whose aim is to bring together intersector partners — local and state government leaders, law enforcement and mental health communities, and other stakeholders — to steer and support systematic, long term efforts to reduce the number of individuals with mental illness in county jails.

The aim of Stepping Up is to steer and support systematic, long term efforts to reduce the number of individuals with mental illness in county jails.

“Making change at the local level frequently requires a cross-system, collaborative approach, and this initiative really is no different,” said Nastassia Walsh of NACO during a Stepping Up webinar last week. “No single system can accomplish the goal of reducing these numbers — It can’t just be behavioral health; it can’t just be law enforcement or the courts or corrections.”

Launched publicly in Washington, D.C., Miami, Johnson City, Kansas, and California, Stepping Up is asking communities around the country to take action and join the initiative, which offers a host of tools and resources for practitioners looking to get started. One of those resources is a series of webinars through which participants can hear from other practitioners and thought leaders and learn firsthand from NACO and CSG staff about the strategies and approaches that are critical to implementing Stepping Up. We had the opportunity to tune in to a webinar last week to learn more about the program and were eager to hear discussion of how partnerships across sectors and silos are key to this work.

Commissioner MaryAnn Borgeson, Chair of the Douglas County, Nebraska, Board of Commissioners and Judge Steve Leifman, Associate Administrative Judge in the Miami-Dade, Florida, County Court Criminal Division — our speakers for the webinar — did not disappoint.

“We…have formed a better partnership between our community mental health center and our jail personnel so that we’re looking at the processes that take place and what services each has in place and where there can be cooperation between those two,” Borgeson explained in describing Douglas County’s shift in approach to mental illness in criminal justice. Leifman added, “Collaboration works. If you can get all the right partners at the table and show them why it’s in everyone’s best interest to do this, people will make the structural changes to get the right outcomes.”

“Collaboration works. If you can get all the right partners at the table and show them why it’s in everyone’s best interest to do this, people will make the structural changes to get the right outcomes.”

Convening diverse stakeholder teams is a strong component of the Stepping Up initiative, one of the six “key actions” outlined as part of the program. “It really takes a diverse team of committed people to move things forward,” said Kati Habert from the CSG Justice Center. Diverse, cross-sector, multi-stakeholder groups can “help counties to overcome their tendencies toward siloed funding and also enable them to be more effective in the use of limited resources available for activities that are directly or indirectly related to criminal justice,” echoed Nastassia Walsh of NACO. Related to this key action, Stepping Up has created a module to help practitioners achieve two objectives: “to help you designate or bring together a collaborative, diverse group of decision makers and stakeholders who are really committed to safely reducing the number of people with mental illnesses in jails” and “to identify the specific roles of the stakeholder group members and how they’ll play a part in the planning process.” The module is available online through Stepping Up.

In response to a question we posed related to tactics for building successful partnerships, Borgeson and Leifman also offered this practical advice:

Tactics for Partnerships in Mental Illness and Criminal Justice