Posted at 16:04h in Environmental Conservation by The Intersector Project 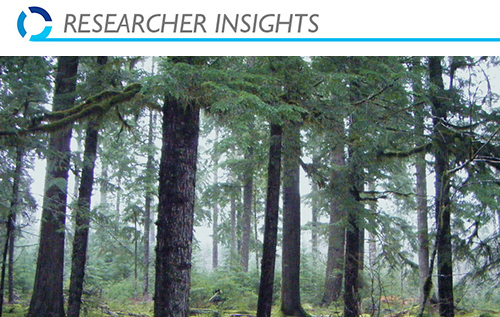 In the western United States, the federal government owns nearly half of the land. These public lands are managed for multiple uses, such as timber production, livestock grazing, oil and gas development, water provision, recreation opportunities, and conservation of wildlife and plant diversity. Americans are passionate about these lands but have differing perspectives on how they should be managed. Balancing such passions is an increasingly complex task for federal agencies. To do so, they seek public input through formal processes as required by laws and policies. Members of the public also chose to affect change in federal land management through direct action. In the 1980s and 1990s, environmental groups physically blocked and protested timber sales in the Pacific Northwest and elsewhere in an effort to stop logging. In 2016, the role of public lands again received national attention when armed occupiers took over a national wildlife refuge in southeastern Oregon, asserting that public lands belonged in the hands of states, counties, and citizens.

Such stories of direct action and contention make headlines, but numerous less visible efforts that seek collaboration around federal lands management are also underway. On the national forests managed by the U.S. Forest Service, there has been a substantial increase in the creation of formal “forest collaborative” groups. These groups typically attempt to bring together multiple stakeholders and the U.S. Forest Service for sustained dialogue about future forest management actions in a given local area. They seek to reach agreement and provide collective input to help the Forest Service make decisions about overall management strategy and specific on-the-ground implementation.

The movement toward organized forest collaboratives working on federal forests is most prominent in Oregon, where at least 25 formal collaboratives currently exist, and a dedicated state-funded program helps support them. More than half of these groups are relatively new; they have been in existence for six years or less. An estimated 400 people, including representatives of federal and state agencies, participate in these groups. Many groups meet monthly and require significant time and resources. Collaborative natural resource management more broadly has been the subject of countless studies, but no one had examined the rise of this new form and its proliferation in Oregon — despite the attention and expectations that it carried. Our research set out to ask two central questions: Why do people participate in formal forest collaboratives, and are they satisfied with the outcomes? We addressed those questions using survey data from 215 forest collaborative group participants in Oregon (estimated response rate of 54 percent).

Across all respondents, the most common primary motive to participate in forest collaboration was to improve trust and relationships among stakeholders. But agency participants were far more likely than other participants to select this as their primary motive. Non-agency stakeholders were more commonly motivated to participate to restore forest resiliency or to protect fish and wildlife habitat — emphasizing on-the-ground action rather than relationships. Respondents (agency or non-agency) infrequently chose economic motivations, such as “getting more timber off public lands,” as their primary motive to collaborate. This is an interesting contrast to some recent critiques of forest collaboratives from outside groups — such as the real focus of the groups is increasing timber harvest — and to the mission statements of many collaboratives themselves, which typically state the importance of economic outcomes of collaboration. This could suggest that economic motives are not as important as managers and policy makers may assume, or that collaboratives are seen as an indirect means to an end, in which the social outcome of increased trust is most important and if they provide that trust that other social and economic outcomes will naturally follow.

This could suggest that economic motives are not as important as managers and policy makers may assume, or that collaboratives are seen as an indirect means to an end, in which the social outcome of increased trust is most important.

We also found that collaborative group participants appear to have an overall sense of satisfaction with the collaborative effort, regardless of perceived performance on various outcomes. Over 60 percent of respondents, both agency and non-agency, were satisfied or very satisfied with their collaborative group’s ability to achieve desired goals. We asked respondents to rank the performance of their group on various potential outcomes of collaboration (e.g., improved ecological conditions, influence on public land decisions), and how important those outcomes were. Most respondents reported moderate success on most of the outcomes. However, respondents gave lower performance rankings to some outcomes they identified as very important, including improved socioeconomic conditions in local communities and increased pace and scale of restoration planning. This suggests that collaboratives may not be fully delivering on some of the aspects of collaboration that participants say are important to them. Yet this does not appear to have affected their overall satisfaction with the groups to date.

An implication of this study for collaborative practice is that government and stakeholder motivations for participation may not always align. If government land managers primarily seek trust and relationship building, they may not be able to fulfill important, biophysical stakeholder goals of forest resiliency and fish and wildlife habitat protection. Agency personnel may also run the risk of assuming they have earned trust just by working with an active collaborative group when long-term trust may have more to do with delivering on-the-ground results that incorporate the work of the collaborative group. Moreover, trust remains challenging to document and evaluate, and is highly conditional, so proving that a collaboration achieves this important outcome may be difficult. But agency and non-agency participants alike still reported satisfaction and perceived their collaboratives as successful at achieving many outcomes. This may suggest that not all goals need to be in alignment for participants to be satisfied. It could also indicate a shared belief in the collaborative process itself. The fact that the collaborative exists and provides an opportunity for dialogue and input to government managers may be adequately satisfying. In addition, with many collaborative groups in existence five years or less, expectations of outcomes may not be very high at this time. Future study could examine if expectations rise and outcomes become required for satisfaction as groups age.

Emily Jane Davis is an assistant professor and extension specialist in the Department of Forest Ecosystems and Society at Oregon State University. Her research and technical assistance focuses on collaborative governance and partnerships in the fields of forestry, watershed restoration, and wildfire risk management. She holds a PhD and MA from the University of British Columbia.

Eric M. White is a research social scientist with the Pacific Northwest Research Station of the U.S. Forest Service. His current research is focused on recreation use on public lands and the economic effects on local communities, social and economic outcomes from forest collaboration and accelerated restoration, and collaborative natural resource management. He received a PhD from Michigan State University and MS and BS degrees from Southern Illinois University.