Posted at 18:54h in Health and Wellbeing by The Intersector Project 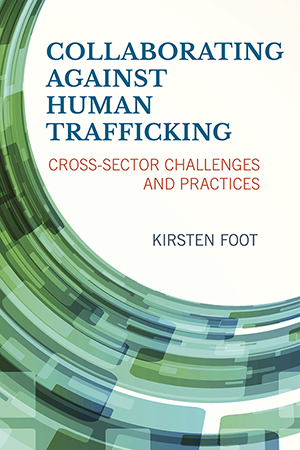 Any time cross-sector collaboration is attempted, people are communicating — not only with words and not only as members of distinct sectors. The communication in and through which collaboration occurs is simultaneously interpersonal and interorganizational, as well as intersectoral. Because every organization occupies a particular social-political-economic position, and every individual also has a unique position plus — relatedly — a body and a culture, collaboration-oriented communication involves all those elements and constant power negotiations. Whatever status, authority, insecurities, goals, hopes, and fears each participant brings to an interaction shapes their communication as representatives of organizations and sectors. With all these elements in play, it is no wonder that tensions abound in cross-sector collaborations.

In my research on the challenges of collaborating across sectors to counter the crime of human trafficking, I find it helpful to view collaboration as a set of intricate interactions between individual idiosyncrasies, interpersonal dynamics, organizational negotiations, and the wider social, political, and economic contexts in which it all takes place.

Since well before the United Nations’ 2000 adoption of the Palermo Protocol to Prevent, Suppress, and Punish Trafficking in Persons, people working in a variety of sector have been striving to stop the trafficking of persons and help those who have been trafficked. Most agree that the complexity of the problem and the many forms of harm to victims require collaboration across sectors. Many are convinced that “the power of a successful anti-human trafficking collaborative effort can transform the limitations of a singular agency or organization into a strong, strategic multidisciplinary team with substantially improved capacity to impact the problem.” This widespread belief in collaboration was evidenced in the 2012 survey of nearly 200 U.S. anti-trafficking organizations and government agencies conducted by the Laboratory to Combat Human Trafficking, which found that two-thirds were participating in at least one interorganizational alliance against trafficking, and most of those participated in two to four alliances. However, survey respondents also articulated a wide variety of challenges that hinder collaboration against trafficking. Such challenges are the focus of my work.

Over the last few years, I have observed hundreds of instances of multisector interactions focused on countering human trafficking. In analyzing those instances, I identified communicative and organizing actions that contributed either to the advance or breakdown of collaboration, identified by the outcome (what happened next in the interaction), by actors’ opinions (shared with me in conversations following the interaction), and by my own observations of subsequent interactions. Unsurprisingly, actions that demonstrate respect and trustworthiness advance collaborations, e.g. by including partners in agenda-setting, platforming other organizations or agencies, and sharing leadership in ways that are generous yet efficient. But actions stemming from defensiveness or competitiveness between individual leaders, organizations, or entire sectors, can pre-empt or short circuit the exchange of respect and trust-building.

Sometimes, differences between sectors are so great that sincere attempts at demonstrating respect are misconstrued. I found that differences in would-be collaborators’ profession and status, race and gender, beliefs and values are negotiated in recurring patterns during their interactions. These differences are evident at the organizational level as well as among individuals, and they shape collaboration-oriented communication in profound ways.

From my perspective as a social researcher, wherever there are people, there is power at play. So power’s primary characteristic is that we can neither avoid it nor eradicate it. However, a common sense understanding of collaboration is that it consists of partnership, something that is thought to be characterized by relatively equal distributions of power. Those involved in cross-sector collaboration know that the equal distribution of power is idealized far more than it is actualized. Power differences among collaborators, whether in anti-trafficking efforts or any other arena, are unavoidable given the uneven distribution of power in society at large and organized representatives’ differences in resources and authority. Unsurprisingly, power inequities in collaborations are perceived most often and felt most keenly by those who experience themselves as having less power.

Each profession has a social history of patterns in the class, gender, and education of its members that shapes their interactions with people in other professions. Each profession has its own culture, which includes values, beliefs, attitudes, norms, and protocols that have evolved as the different professions developed. Educational experiences and the socialization processes that occur during the training of professionals reinforce the problem-solving approaches, language choices, and communication patterns of each profession. When people from multiple sectors attempt to work together, their professional differences and, not unrelatedly, differing forms and levels of personal, organizational, and sector-based power shape their interactions.

Within and between sectors, individuals and organizations compete with and for power – often via competition for money. Such power negotiations shape their collaboration-oriented communication. Further, both organizations and the individuals who represent them bring their political-economic-social positions (and the power associated with those positions) to the table.

These are some of the reasons why differences between people and organizations affect collaboration. Those who want to collaborate well will find it useful to attend to these power dynamics and strive for mutually respectful communication. The outcomes will be worth the effort.

This essay is adapted from Collaborating Against Human Trafficking: Cross-Sector Challenges and Practices (2015, Rowman & Littlefield) by Dr. Kirsten Foot. Dr. Foot is a professor of communication at the University of Washington. In addition to researching and teaching about cross-sector collaboration, Dr. Foot serves on the editorial board of the Journal of Human Trafficking and advises counter-trafficking coalitions locally and nationally. For more info, check out her faculty page, or find her on LinkedIn.