Jun 20 2017 Beyond business as usual: governance mechanisms for cross-sector partnerships

Posted at 16:07h in Uncategorized by The Intersector Project 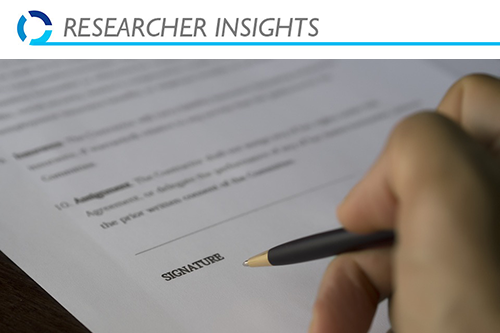 Over the last decade, our research has focused on understanding how cross-sector partnerships can be structured, through the perspectives of key theories of inter- and intraorganizational relations. A vast stream of research on business-to-business alliances shows that structure matters for the success of inter-organizational collaboration. This is even more important for cross-sector partnerships because business firms, non-profits, and public sector agencies are vastly different in terms of the external environmental forces and internal organization and values influencing their work. It is very difficult if not impossible to envisage the success of cross-sector collaboration without workable mechanisms to establish responsibilities, delineate decision-making processes, or solve conflicts within the partnership, among other elements of governance.

One challenge that arises in cross-sector partnerships is the set of practical governance tools available to each of the partners, which we argue differ significantly across sectors. Non-profits, for instance, can and do pursue mergers and acquisitions with other non-profits, but they lack the kind of tradeable ownership rights — equity — that allow for-profit firms to cement alliances through exchanges of shares. Consequently, alliances between companies and non-profits must rely on other partnership structures and governance mechanisms. Many alternatives exist — protecting reputations, well-crafted contracts, and a restricted scope, for example — but each has limitations. When firms and non-profits enter into an alliance, they put their hard-earned reputations on the line and thus create a strong incentive to make the alliance work. Well-crafted contracts, and a carefully delineated scope of the partnership, can also increase chances of success, reducing the potential for misunderstandings or ambiguity. But finding contract language that applies equally well to a company and a non-profit is not an easy task. In order to make up for these limitations in formal mechanisms, the partners will have to make a strong effort to overcome the initial mistrust that companies and non-profits can have toward each other. Third parties can help build trust if accepted as “honest brokers” by both sides. If the third party is powerful (such as the government), it can act as enforcer of the partnership’s terms.

Our research suggests that similar challenges arise in Public-Private Partnerships (PPPs) between businesses and governments. Like non-profits, government agencies cannot offer equity to private counterparts, or, in many cases, invest in joint ventures. So PPPs have to make greater use of contracts and clearly delineate the scope of the partnership, as well as involve other parties. And unlike non-profits, which are used to relying on trust in many of their activities, government agencies are typically constrained by accountability requirements that demand a great deal of formality. But at the same time, public-sector regulations, such as procurement rules or participatory procedures (e.g., public hearing requirements), can act as “metagovernance” mechanisms that embed PPP governance in broader processes.

When firms and non-profits enter into an alliance, they put their hard-earned reputations on the line and thus create a strong incentive to make the alliance work.

Beyond the differing characteristics of partners in cross-sector partnerships, our work has also highlighted the complex set of relations of agency that take place within such a partnership. In addition to the usual agency relationships in any collaborative arrangement — between the managers of the partner organizations on one hand and the employees of these organizations that are entrusted with managing the partnership on the other hand — there is, in cross-sector collaborations, a third, and no less complex, form of agency. Non-profit organizations typically seek to advance the interests of an external beneficiary, rather than those of shareholders or customers. Likewise, governmental organizations are statutorily tasked with advancing citizens’ interests. Thus, cross-sector partnerships involve another agency relationship, which we call a “claimed relationship” that spans across the external beneficiary, the management of the public or non-profit partner, and the employees working for the partnership.

An agency problem is the potential divergence between the actions of subordinates and the goals of the organizations or managers for whom they work. These problems can arise not only from the divergent emphases of the partner organizations and their employees on private goods (the company side) rather than public ones (the non-profit or government agency), but also from the relationship between the partnership and the external beneficiary. This relationship is itself shaped fundamentally by the degree of “voice” of the beneficiary, (i.e., the degree to which the beneficiary is able to agree or disagree with the wishes of the partnership). Some beneficiaries, such as species under threat of extinction, have little capacity to define or communicate their interests; at the other extreme, human beneficiaries may be highly vocal about their needs and wants.

To address these agency issues, it can make sense for cross-sector partnerships to hire more employees with altruistic values, leading the partnership to be more attentive to the beneficiary. Other strategies include narrowly defining the set of activities of the partnership, thus avoiding the temptation for employees to deviate from the partnership’s goals; hiring more self-motivated employees and rewarding them for their effort relatively more than for their (uncertain) results; and monitoring what the employees do, but in a non-intrusive way (for example, through peer monitoring rather than accounting controls).

Understanding not only how partnerships can be structured, but also how they can, willingly or unwillingly, impact the environment in which they operate is crucial for the overall success of the partnership.

Finally, our study of cross-sector partnerships has also highlighted the importance of understanding the context in which these partnerships operate, particularly for partnerships in emerging economies. In environments where local government-backed regulations and contracts are weakly enforced, external partners may have no option but to follow local, informal rules to govern the partnership, at least with regard to the local community partners. One such way can be the use of in-kind contributions valued by the community to the partnership — for example, supporting a local festival — instead of equity, to demonstrate commitment to the partnership. In fact, where the partnership involves more than one external partner (a firm and a non-profit from outside the community, for example), the external parties can (and likely will) avail themselves of the formal rules to which they are accustomed to govern the relationship among themselves, while relying on the local, informal rules for their relationship with the local community.

Over time, partnerships will also have an impact on the broader environment beyond the scope of their original goals, which partners need to consider when they structure their partnerships. Sometimes, a wider impact will be actively sought by the partnership, as happens with collaborations seeking social change or economic development. But societal changes can take place even when not actively pursued by the partnership. The mere existence of the partnership can create, for instance, a new coalition of actors that facilitates changes outside the scope of the partnership or acts as a bridge with other actors in various partners’ networks. Cross-sector partnerships can potentially have unintended negative consequences on a local community — For instance, a partnership may succeed at its goal of helping youth, but, at the same time, unwittingly create a weakened position for elders in the same community. Understanding not only how partnerships can be structured, but also how they can, willingly or unwillingly, impact the environment in which they operate is thus crucial for the overall success of the partnership.

Carlos Rufín is Associate Professor of International Business at Suffolk University’s Sawyer Business School. His research focuses on developing countries, examining the relationship between business and government, private-sector initiatives aimed at the poorest population segments, and sustainable urbanization. He is also a consultant to the World Bank, the Inter-American Development Bank, and many other organizations. Dr. Rufín has a PhD in Public Policy with a specialization in economic development from the Harvard Kennedy School, as well as an M.A. degree in Economics from Columbia University and a BA in Economics from Princeton University.

Miguel Rivera-Santos is Associate Professor of Strategy and International Business at Babson College, and received his PhD from HEC School of Management (France). His current research focuses on the implications of conflicting institutional rules at the organizational and individual levels, particularly in the context of subsistence markets. Current projects include the micro-level interaction between formal and informal environments; the institutional foundations of trust in governance; and a quantitative analysis of conflicts between indigenous communities and multinationals. His work has appeared in journals such as Strategic Management Journal, Journal of Operations Management, Journal of Management, and Global Strategy Journal, among others.