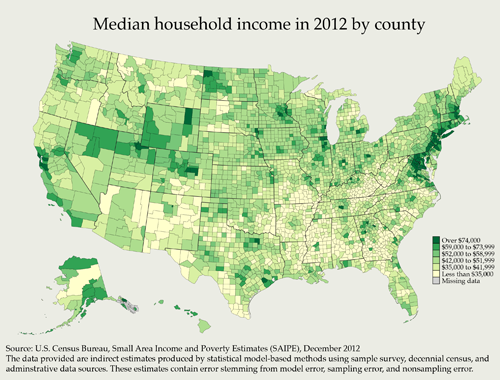 In the Inland Empire — the metropolitan region encompassing San Bernardino and Riverside counties in Southern California — nearly one in five people lives in poverty. This week, a group of local leaders announced an initiative to break down silos and better serve and empower the region’s low-income population through cross-sector and cross-agency collaboration.

John Husing, chief economist for IEEP, appeared on the region’s local public radio station after the announcement to discuss the new initiative, saying the region has “never really had a good strategy for taking care of poverty.”

The way we’ve gone at the issue has been in silos. Educators have really stressed the need for training. Economic developers have talked about the need for job growth. Housing advocates have said we really need more adequate shelter so people will feel more secure. Public health professionals worry about people’s lifestyles. People in human services are worried about getting support to families so they have enough to eat.

The fact of the matter is we’ve got to get out of the silos...to put together a way of going at the local poverty issue that really is all encompassing.

Community leaders say that coordination among the many groups working to address poverty has been rare, and long term follow-up and related research metrics weak, reports the Inland Valley Daily Bulletin.

The hope for the Launch Initiative, still in planning stages, is that agencies and groups already working around this problem can come to the table to discuss ways to integrate and coordinate processes. One example of where this coordination is badly needed is in intake and assessment systems. “Every single agency that does anything about [poverty] has a separate intake process, has a separate assessment process,” Husing said. “If I’m a family that’s in trouble, this is really all a great mystery.”

The initiative will also likely include a workforce training and placement component involving non-profit and private sector partners, along with a focus on stable housing.

Funding for the planning phase is still being sought, with a goal of launching a six-month pilot program with 100 families in early 2015.