Posted at 12:00h in Environmental Conservation, Infrastructure by The Intersector Project

Google Earth and other partners collaborate to protect the environment 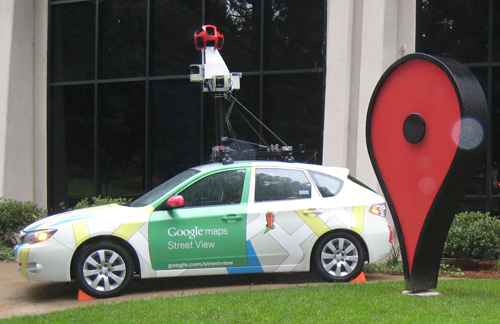 A cross-sector partnership involving Google, the Environmental Defense Fund (EDF), a major university, and utility companies across the country promises to revolutionize the detection and reporting of natural gas leaks that pose a risk to the global climate. By mounting special sensors to Google’s well-known “street cars” — the vehicles that make Google Maps “street view” possible — EDF has been able to map and report thousands of natural gas leaks beneath Boston, Indianapolis, and Staten Island in a “complex challenge” that required “multidisciplinary skills, perspective, and resources,” according to EDF.

The project gives citizens and local utility companies information on natural gas leaks that “used to be invisible,” wrote EDF President Fred Krupp recently in the Huffington Post. Utility companies are required to monitor and repair these gas leaks, which are mostly methane and have a “powerful effect on the global climate, packing up to 120 times the warming effect of carbon dioxide,” Krupp wrote, adding: “It’s urgent that we plug these leaks to reduce near-term climate impacts.” EDF’s data show not only the location of leaks, but also provide information on their size, allowing utility companies to prioritize their repair efforts.

This cross-sector collaboration makes possible an initiative that no one sector could have accomplished alone — “Never before has the public had access to so much transparent and usable data, and never before have we had an opportunity like this to address such an urgent, widely overlooked environmental problem head-on,” Krupp wrote.

One of key strengths of the collaboration is its continual recognition and communication of the unique resources, expertise, and networks that each partner brings to the table — a technique The Intersector Project Toolkit refers to as Communicate the Interdependency of Each Sector. EDF’s major announcement of this ongoing partnership emphasizes the importance of the unique contributions of each partner: the Environmental Defense Fund “convened, envisioned, and planned the project, as part of our overall goal to reduce methane’s impact on the climate;” Google agreed to mount its street cars with air-quality sensors, and its mapping technology allows for reporting data in a user-friendly format; Colorado State University spent two years working with EDF on data analysis; and utility companies shared data that allowed EDF to validate their findings against real-world conditions. Conveying the benefit of working with other sectors fosters continued participation and commitment to results. EDF is a well-known driver of multi-sector partnerships. We profiled their involvement in the New York Clean Heat Task Force in a case study earlier this year.

This cross-sector collaboration is likely not only to continue but to scale up. The partnership is now mapping additional cities, and plans are in the works to expand monitoring to other pollutants. Since Google’s “street view” program covers 3,000 cities in 54 countries, Krupp wrote, “the possibilities truly are limitless.”