Posted at 15:45h in Uncategorized by The Intersector Project

Editor’s Note: This blog post from The Intersector Project was cross-posted on Route Fifty. 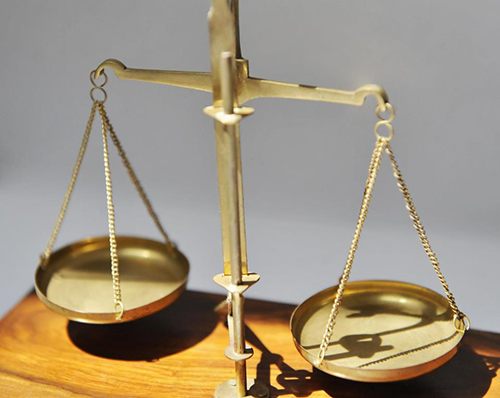 We were interested to see a recent Devex Impact blog post about addressing power imbalances in cross-sector partnerships. “Imbalances of power exist between organizations in all partnerships and at all levels,” explains Cheryl Freeman, Senior Director of Advocacy and Justice for Children at World Vision International. She asks if it’s possible for partners to successfully collaborate when there will always be different levels of influence between them.  If a partner is dominating a project, she points out,  “it quickly reverts to a subcontract like arrangement — and invariably the benefits for all partners are lost.”

According to Freeman, “unevenness of power can be managed and mitigated, while differences in approaches can be turned into advantages. This begins with strengthening the capacity of organizations from all sectors…so they are ‘fit to partner.’”

While the Devex post focuses primarily on intersector power imbalances in the context of international development, where there are often stark differences in influence between partners, mitigating power imbalance is a crucial part of collaborations within the United States. Freeman defines power as “the ability to influence design, implementation, and ongoing decision-making of projects and programs.”

In examining examples of failed collaborations, there are often signs of power imbalances that were not addressed throughout the collaborative process, resulting in an inability to carry out the project. This Washington Post article explores what went wrong in a public-private partnership to build a 55-mile toll road in southeastern Virginia that was never built despite Virginia making $256 million in payments to the private contractor. Virginia Transportation Secretary Aubrey Layne quickly discovered that the “private negotiators had often been doing a much better job than their well-meaning state counterparts,” partly because the State “lacked the entrepreneurial and negotiating experience and resources of private firms.”

“Private negotiators had often been doing a much better job than their well-meaning state counterparts,” partly because the State “lacked the entrepreneurial and negotiating experience and resources of private firms.”

This failed partnership illuminated for Virginia government officials the issues presented by power imbalance in P3s, resulting in reforms of the Public-Private Transportation Act this year. An advisory committee will now be required to certify that any public-private partnership is in the public interest, mitigating the potential issues arising from the increased influence and resources of the private sector.

A similar issue presented itself in the failure of the Get IN Chicago anti-violence initiative, a philanthropic foundation that sought to collaborate with business, government, community based organizations, foundations, and faith-based organizations to make Chicago safer. According to the NPQ article, Get IN Chicago had more financial resources than its public sector partners and used its “financial heft to shape the very nature of the service system. It took on a coordinative and directing role that might otherwise have been played by the appropriate city or state agency.”

Get IN Chicago had more financial resources than its public sector partners and used its “financial heft to shape the very nature of the service system. It took on a coordinative and directing role that might otherwise have been played by the appropriate city or state agency.”

In examining the successful cross-sector partnerships in our case study library, it’s clear that many collaborations establish governance structures, a key tactic for mitigating power imbalances. In the collaboration to create an environment for healthy lifestyles in Brownsville, the partners created a Community Advisory Board (CAB); in the collaboration to link workers to job opportunities in Cincinnati, partners formed a Partners Council, a 40-member representative group responsible for strategic development and reviewing outcomes

As we advise in our Toolkit: “Inclusivity is key to the collaborative process because it encourages investment in the collaboration by nurturing consistent, meaningful engagement, can resolve perceived or actual imbalances in power that may arise, and can ease partners’ acceptance of collaboration decisions that may not align with their interests.” Building the governance structure of a collaboration that establishes a place for each partner in the decision-making process can help partners avoid the pitfalls that come from each having varying levels of influence.