Posted at 15:14h in Uncategorized by The Intersector Project

Across America, businesses invest billions in pro bono services.  In case after case, however, the civic spirit doesn’t translate into civic results. How can we fix this? 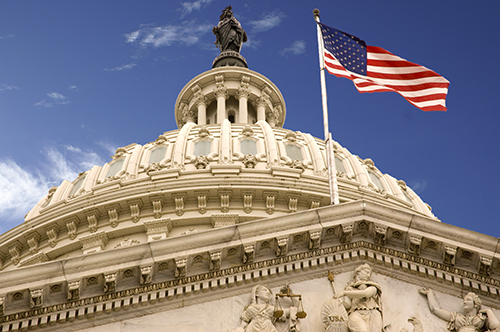 Too often, non-profit and government executives look at securing pro bono support as an end in itself. We focus on finding a company to loan their staff, but then don’t pay as much attention to how to manage the free resources. As a result, too many projects end up sitting on a shelf. This poor implementation record has led to the common refrain: “You get what you pay for.”

The success rate is particularly dispiriting given the growing interest in pro bono work from the private sector. At conference after conference, skills-based volunteering is emerging as a hot trend. According to surveys, companies are looking for pro bono projects that are rewarding for their staff, provide professional development, and generate impact.

In any project, impact depends on a partner’s ability to deliver and also on the government agency’s skill at management. In many ways, managing pro bono resources is just the same as managing any other resources. It requires time, commitment, and honest feedback, even to the point of firing. In other ways, managing pro bono resources can be different: you need to be open with them before they’re on board, and the work needs to be meaningful.

Whoever your partner is, to translate their civic spirit into civic results, you need to be a good client for them. That means engaging them in the problem you’re trying to solve, not micromanaging their working activities. It means formalizing the relationship, just as you would with a contractor. And it means being open and honest even though it’s free. The following six guidelines spell out how to put these principles into practice.

Brainstorm together
A transit authority executive noted that pro bono partners are better than paid vendors ― and not because of the price. In a typical procurement, he needs to specify the solution in detail before signing a contract. Sometimes, in the course of the work, he realizes the specifications were wrong, and he ends up paying the vendor to undo the work.

In contrast, with a pro bono partner, you’re not constrained by the public sector procurement process, and you have the chance to get experts to help you with the scope and specs. When the consultant is free, you have the freedom to figure out what you really need.

Paint the big picture
Companies contribute their time because they hope to make a real difference in the community. In practice, they donate three or four months of effort, which really isn’t enough to fix a sweeping problem. Therefore, it’s important for you to communicate how the project fits into the bigger picture.

In this vein, one city hall executive has secured millions of dollars of pro bono services because she provides full information about the problem and her situation. As she notes, “Once you describe the big picture, companies get really excited. They may end up doing graphic design for a public presentation, or legal analysis for new regulations, or a database of geographical and demographic data, but they understand how their small piece contributes to the big issues they read about in the paper.”

Treat it as a “real” project
Even when top companies are donating their time, the fact that their services are “free” can lead government agencies to believe they can define a project on the fly. Since the most successful projects have a fairly focused scope, officials should resist the temptation to improvise and instead chart a clear course at the outset.

Consider this example, when a budget director was asking an investment banker for help.  She explained how they got into the situation (multi-hundred-million budget gap) and some of her big ideas to fix it. In response, the investment banker proposed a six week analysis to test these ideas. They staffed the project together, so that the analysis could be incorporated in real time into the executive budget. It works so well, the bank came back to do a similar project the following year and give another round of analysts the same high-impact experience.

If you wouldn’t pay a company to do work without a scope, why would you want a free company to work aimlessly?  This approach will still siphon time from you and your staff — you just won’t know to what end.

If it’s not working, speak up
It’s hard to give good feedback to people giving things for free. (As noted above, these services aren’t really free.) Nonetheless, one of the best ways to develop rapport with a pro bono partner is to give targeted negative feedback when merited. Rather than turning away or shutting down, you will likely see an increased commitment to the project.

For example, here’s a great experience that was actually a horrible situation. The project wasn’t going anywhere. The team had spent two months on the ground without anything to show for it, and the project looked like a colossal waste of time. At that point, the agency head called the company requested a new project manager. Later, the company’s office head recalled, “This call showed a level a trust, a level of commitment — it was a chance to get back on track.”

Remember that ignoring a poorly performing project will guarantee that it produces nothing of value. Since companies do pro bono work for the public good, all parties are losing out.

Don’t get distracted
One of the top complaints of those who do pro bono work (although they rarely complain) is that government agencies aren’t responsive. Maybe they’ve asked for some analysis but don’t make the time to hear the results. Or a problem comes up, but they don’t make a decision. Or the partner sends emails but gets no reply.

In contrast, when professionals describe good work experiences, the responsiveness sounds a lot like the basics: you return calls, you don’t cancel meetings, you read your e-mail. But the basics take time — particularly when many agencies are already overwhelmed with their core responsibilities. Although being responsive can seem like a huge commitment, the benefits are apparent very quickly. As one senior consultant related, “The clients we work with are used to being reactive. Our resources give them the chance to be proactive — that’s what the time is for.”

Take action
Even before a project wraps up, it’s critical is to take action. Without your decision and action, their investment will wither on the shelf.

It’s easy to name the obstacles to implementation: your staff might be skeptical, you might not have all the details figured out, or maybe you don’t yet have the funds allocated for new systems. One of the biggest frustrations is when the end result is “shelfware”: detailed reports and recommendations, representing weeks or months of work, that just sit on a shelf.

To ensure that all of the work actually translates into tangible impact, it’s critical to assign staff as early as possible to oversee the implementation. The challenge: many government agencies simply don’t have the capacity. In the era of ever reducing head counts, it can be tough to find qualified staff who are willing and able to take on additional work.

We must be realistic about their capacity: if an initiative isn’t enough of a priority to assign an effective project manager, why should a partner donate its time and resources?

***
When executives from top companies in the city offer their assistance, it can be incredibly difficult to turn down. Government officials, resist the temptation to accept such help unless you are prepared to match the contributions of a partner with your own strategic vision and organizational resources. When you commit to these six guidelines, you’ll enjoy both long-term relationships — and results that really matter to your constituents.

This article originally appeared in the Huffington Post and is republished here with permission.