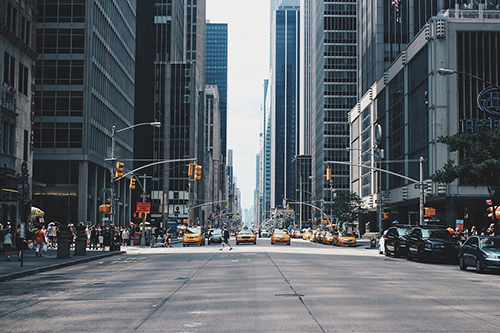 As the populations of U.S. cities grow, it becomes more and more complicated to manage the many moving pieces of an urban area and plan for its future. In these complex situations, strong mayoral leadership becomes increasingly important. The recently announced City Leadership Initiative, a collaboration between Bloomberg Philanthropies, Harvard Business School, and Harvard’s Kennedy School of Government, aims to improve mayoral leadership by bridging the university’s academic expertise and mayors’ practical experience.

This $32 million program focuses on mayoral leadership, management, and innovation.“This is a vitally important opportunity to advance the understanding of urban issues and to work with mayors and other public officials to bring discoveries from University research into communities across the nation and around the world,” said Harvard President Drew Faust, as reported by the Harvard Gazette.

“This idea of the ‘tri-sector leader,’ a person who knows how to travel between business, social enterprise, and the public sphere, is a very important idea.”

The initiative will provide executive coaching, best practices training, and mentoring to hundred of mayors and their senior leaders in more than 200 cities, both in the U.S. and abroad. “This idea of the ‘tri-sector leader,’ a person who knows how to travel between business, social enterprise, and the public sphere, is a very important idea,” explained Harvard Business School Dean Nitin Nohria, highlighting one goal of the program.

While the benefits for mayors are obvious, the academic partners also gain a great deal from the collaboration. For example, the Initiative will support original research for Harvard faculty and provide paid internships in the offices of participating mayors for Harvard students. One less concrete benefit is the opportunity for those at the University to capture knowledge and data about governance and urban problem solving, which they’d be much less likely to be directly exposed to without the sustained interaction with public-sector practitioners.

The initiative’s resources will be made publicly available and it will share its curriculum at no cost with individuals and institutions creating similar training programs. Case studies and other research outputs supported by the Initiative will also be made accessible online.