Creating Safer Streets for Pedestrians in the Bronx 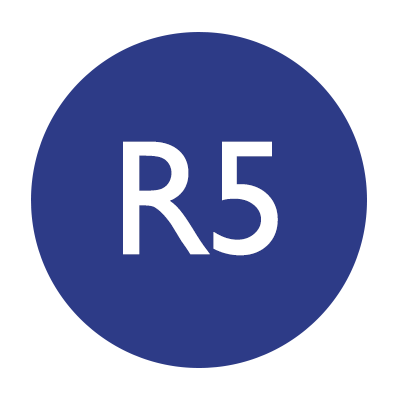 “Community members had been ignored or placated for so long, that to have somebody just be ‘real’ with them and say: ‘it’s for you as a community to speak up together, now here is what I can do,’ that made all the difference in the collaboration.”— Kerry McLean, Director of Community Development for WHEDco

The wide, straight boulevards in Crotona East in the Bronx encouraged speeding, and motorists frequently disobeyed traffic signals, creating dangerous conditions for pedestrians. Along Louis Niné Boulevard alone, there were an average of 1.8 injuries and 3.75 crashes each month during 2011 – 2012. Despite the high accident rate and the area’s reputation of being a site for drag racing and other infractions, the local police department did not enforce traffic laws effectively. When Kerry McLean, Director of Community Development for the Women’s Housing and Economic Development Corporation (WHEDco), began working with businesses in 2009 to invigorate Crotona East’s commercial corridor, residents and businesses identified pedestrian hazards as hindering access to neighborhood businesses, amenities, and public transportation. Its negative impact on community well-being prompted Kerry to lead a cross-sector collaboration with the Department of Transportation and Crotona East’s residential, business, and social service communities to redesign the streets to improve pedestrian safety and access, creating both public space and greenery. 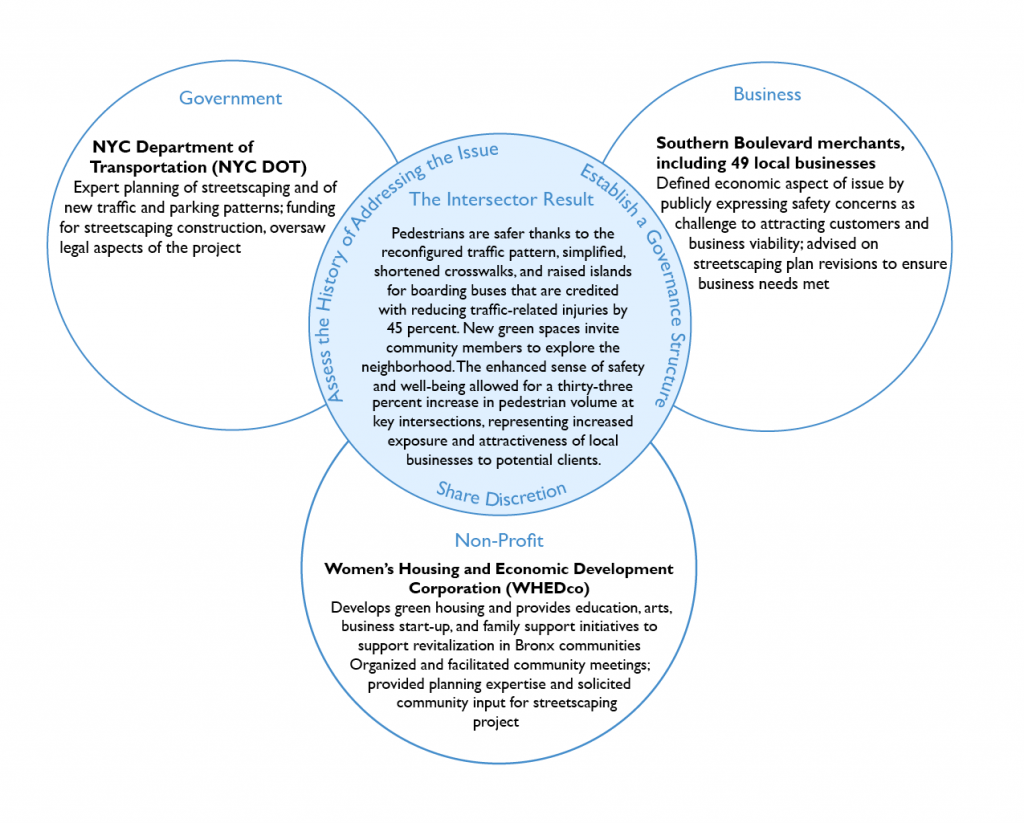 Kerry found her calling in community development as an undergraduate exploring career options in international affairs. Through six years of international development work with private consulting firms, coupled with subsequent urban planning work in the non-profit and government sectors, Kerry developed a keen sense of how use of space and urban planning can help communities blossom. When she began working in the Crotona East neighborhood, Kerry met with local residents, businesses, and non-profit organizations to identify local needs, resources, and priorities, thereby building multi-sector engagement in the community development work.

In the private sector, Kerry worked internationally to develop regions troubled by disparities in wealth and well-being. Kerry pursued training in urban planning to gain hands-on skills for shaping neighborhoods to ensure residents have the jobs, retail, schools, green spaces, and other amenities they need for civic, economic, and community participation. Kerry has chosen to apply her skills and experience in the non-profit sector because it is where she feels best positioned to advocate on behalf of underserved communities.

Kerry’s ability to organize and facilitate large planning meetings came from her time in the public sector. This experience helped her create a process of constructive, solution-oriented problem-solving among key stakeholders. Having worked in various countries with all sectors, Kerry became a skilled communicator, able to use various languages and cross-cultural awareness to readily connect with any constituency. Kerry’s social service experience engaging job-seeking community members and businesses/employers across the Bronx, combined with leadership training from Coro New York deepened her understanding of the opportunities, gaps, and untapped resources across sectors and citywide.

Having worked in the Department of Planning and Development of the Bronx Borough President’s Office, Kerry managed to bring agency representatives from local police precincts and the Community Board, as well as government decision makers such as the Commissioner of the Bronx Department of Transportation to community meetings. This lent her legitimacy among community residents and businesses as a problem-solver with access to resources. In turn, her relationship with community residents and businesses fostered her credibility and leverage among government officials with public-serving priorities.

Kerry’s professional experience in community development strategies helped her to establish a merchant association and a cultural institution that strengthen the viability and sustainability of local businesses, while celebrating the cultural diversity of area residents and entrepreneurs at the Bronx Music Heritage Center Lab. Her academic background in urban planning allowed her to identify opportunities for the creation of safer, more pedestrian-friendly, green and recreational spaces in urban communities.

Entrenched in the reality of local needs and strengths, community residents and businesses collaborated with government officials to prioritize issues that could be addressed based on available resources. After initial input from the community and local non-profit service providers, the DOT used its expertise in traffic patterns to develop an initial streetscaping plan. The initial plan was presented to WHEDco, the Community Board, local residents, and businesses for review, which resulted in the incorporation of green space and greater accessibility to bus platforms by elderly residents. Based on business input, parallel parking spaces were added in specific areas to ensure customer access. After review by all stakeholders, the DOT broke ground to execute the collaborative streetscaping plan.

Assess the history of addressing the issue

The community planning meeting served to expose problems that had been overlooked or ignored, as well as acting as a forum for expressing different ideas, observations, and priorities toward the constructive end of identifying solutions. These forums allowed community members to highlight traffic law violations they had observed but which the police did not address, such as drag racing. They were also able to share their experiences of being caught in the middle of the street between traffic lights. Having previously felt ignored, community members were able to express their ideas, as well as problem-solve with others, including government decision makers. Because they were solution oriented and not blame-placing meetings, participants, including government decision makers, were forthcoming about their issue positions and about what they could and could not contribute. By understanding the actions and inactions that had been creating dangerous conditions for pedestrians, the group was able to arrive at reconfigured traffic patterns as the solution to speeding and other traffic violations.

By facilitating well-informed community planning meetings that connected resources to community needs and interests, WHEDco fulfilled its promise to provide the community with channels for addressing their needs. Government developed a streetscaping plan for which it conducted on-the ground- surveying, data analysis, and planning expertise, and allocated financial resources to its execution.

Police data on traffic related accidents and resident experiences with unsafe conditions served as the starting point for defining the problem and shaping the solution during the first community planning meeting. A Department of Transportation analysis of a one mile radius around the intersection found a total of 26 traffic injuries to motorists, pedestrians, and cyclists in 2009. Participants worked together to gather up to date information, forming teams to conduct surveys and structured observations of traffic and pedestrian volume and behavior. The collected information was used to develop the details of the street reconfiguration plan.

Participants left the community planning meeting with a clear sense that change for safer streets could happen. Based on the data and information brought to the meeting, the Bronx Commissioner of the DOT described past projects and painted a picture of potential changes in Crotona East, such as how an intersection could be reconfigured to making crossing the street safer.

Through collaboration between WHEDco, the NYC DOT, and Crotona East residents and businesses, the construction of the streetscaping project began in Spring of 2012. The shortened crosswalks, green medians, widened sidewalks, and reconfigured traffic patterns have improved pedestrian safety in the neighborhood, and have created an overall positive walking experience. The project was successful in reversing the image of Crotona East as an area of urban decay, and in repairing the relationship between a community which had long felt ignored by those in power. Since project completion in 2012, there has been a: